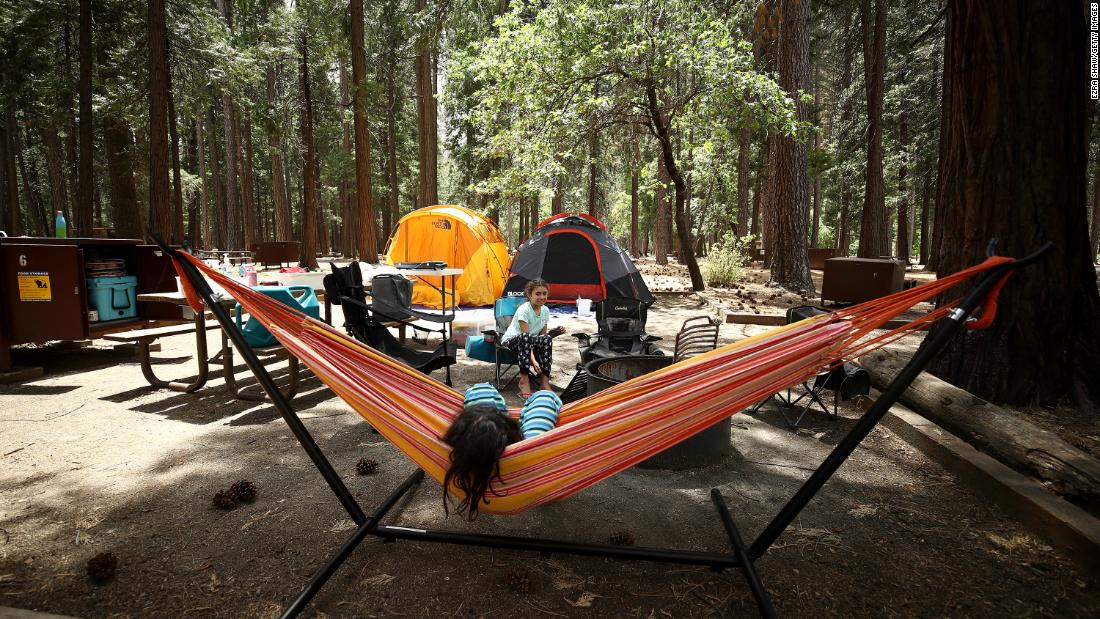 (CNN) — Sometimes it’s hard to be popular. Just look at the National Park Service. Record numbers of pandemic-weary visitors showed up at many national parks during the pandemic.

California’s Yosemite National Park is so popular during the peak summer season that it is currently testing a pilot program for campers: a winter raffle in which winners have the opportunity to book in advance.

They try this at only one particularly coveted campground in the park – the North Pines Campground. The lottery started on January 18 and lasts until February 6, so there is still plenty of time to participate. They will publish the lottery results on February 10.

Summer camping dates for the lottery are July 21 through September 14. There is a $10 non-refundable fee to enter the lottery.

Yosemite says on its website that “successful lottery applicants will have the opportunity to make a reservation for campsites … during an early access period”.

Early Access will be offered before the traditional on-sale dates. If there are places left, they will be available on the usual dates of sale, five months in advance on the 15th of the month, indicates the park.

Why a lottery system?

Visitors admire the view of Yosemite Falls in the distance.

One economic phrase can sum up why they are doing this pilot program: supply and demand.

“Demand for reservations at Yosemite campgrounds through Recreation.gov far exceeds availability, especially in Yosemite Valley during the busiest times of year,” the park stated on its website. “This has been the case for decades and the demand has only increased over time.”

Spots can sell out in minutes online, the park said.

Yosemite said it wants to “create a better experience that reduces confusion and frustration for the highly competitive booking process” and “offer a new method of booking campsites in this high-demand location for a fairer experience.”

How to register for the lottery

You can apply for a chance to win an early bird booking by clicking here on Recreation.gov. Yosemite said the lottery is available on the web but not on the Recreation.gov app.

Successful lottery applicants will receive an early access date and time on February 10. The early access period during which they can make a camping reservation will be from February 18 to March 10.

You can only apply once and winners will be notified by email.

Big Bend National Park is in Texas along the Rio Grande with Mexico.

For example, Big Bend National Park in Texas has traditionally been lower on the visitation scale. But it recorded 581,000 recreational visits in 2021. That’s a 25% increase since 2019 (464,000), the last year the park was open year-round. The park attributed the increase to a combination of greater public awareness of Big Bend and people being prepared to get outside during the pandemic.
Top image: Two visitors at a campground in Yosemite National Park. (Photo by Ezra Shaw/Getty Images)