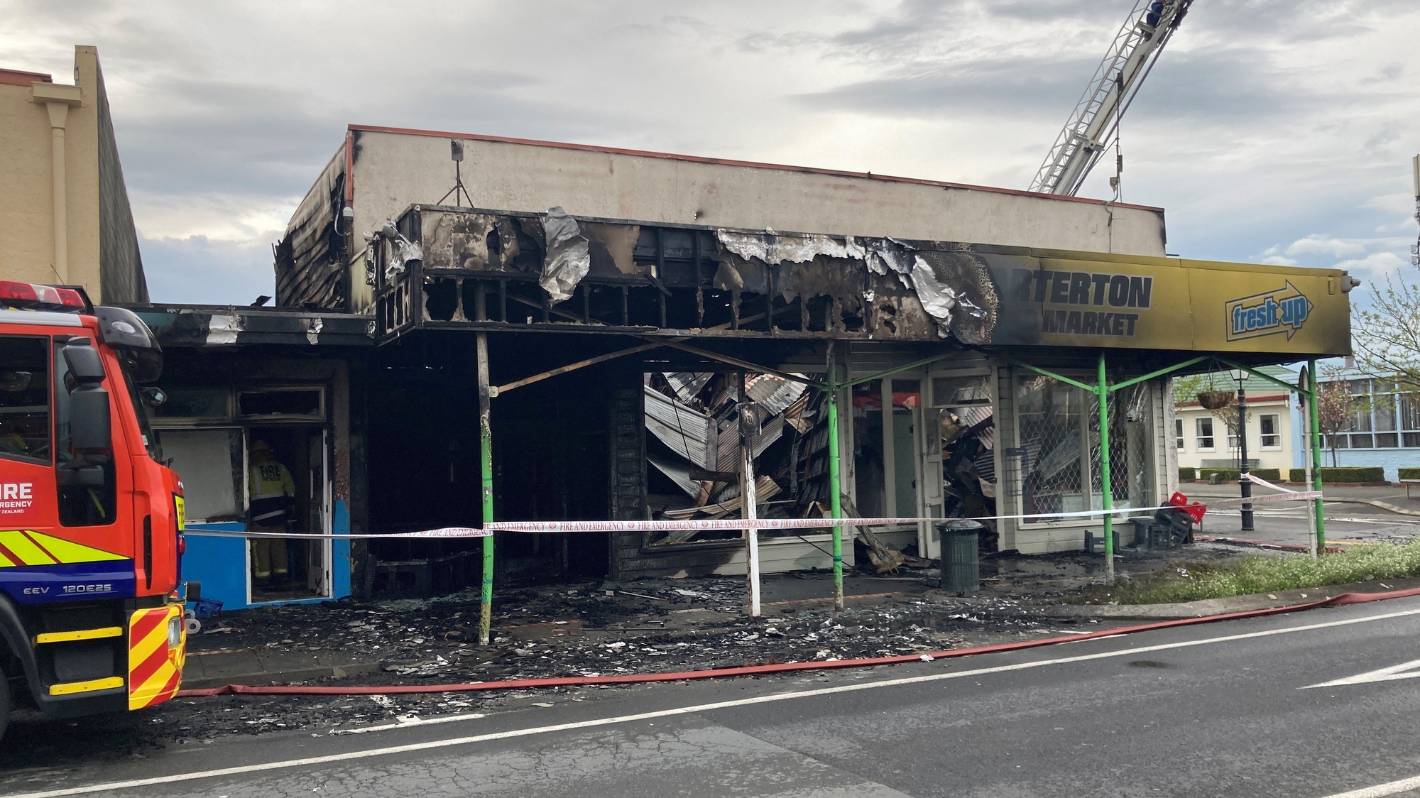 Police consider a fire that ravaged businesses on Main Street in Carterton in the early hours of Thursday morning as suspect.

Fire and Emergency, and police investigators believed the fire had started at Midway Barbers, a central location in a cluster of four High St stores near the corner of Holloway St.

Senior Detective Sergeant Barry Bysouth said they did not yet know the cause but were looking for witnesses.

â€œThe site survey has been completed and further investigations will be conducted to determine whether or not the fire was started on purpose.

READ MORE:
* Could Carterton become a “Mini Melbourne”? Mayor has bold vision for the future of the city of Wairarapa
* Carterton sawmill fire
* Budget bust for the controversial clock tower

“We have a number of CCTV avenues to follow, but we ask anyone with any information to contact us.”

The building was fully on fire when crews arrived just after midnight, Carterton Deputy Fire Chief Blaine Smith said. The crews remained at the scene near Holloway St until approximately 4 a.m.

Owner of one of the businesses, Dan Broughton, said he was insured, but the fire was disappointing as a lot of money had been spent recently to bring it up to earthquake-proof standards.

â€œWe are all a little fragile. This is the first thing I discovered when I got up. The building is not in great shape, it could be a lot worse, hopefully fixable.

â€œI was hoping to go back in a few months, so obviously it’s going to be pushed back a bit further.

â€œThere are a lot of changes happening on Main Street, the worst part is that businesses are affected. I guess it’s an opportunity to rebuild and do some things better, â€Broughton said.

Carterton Mayor Greg Lang said the blaze came at a time when the city was going through “massive change” due to earthquake legislation.

“[The] The firefighters did a great job and I really regret for the community and business owners who are really struggling right now to deal with earthquake prone buildings, legislation and reinforcement, as well as the effects of Covid-19.

â€œWe are a resilient city and I know there will be a lot of support for the building owner. “

A Give a small page was set up by the mayor to help support those affected by the fire.

The art of texting: Justine Ang Fonte, health educator, talks about leaving stress and anxiety behind