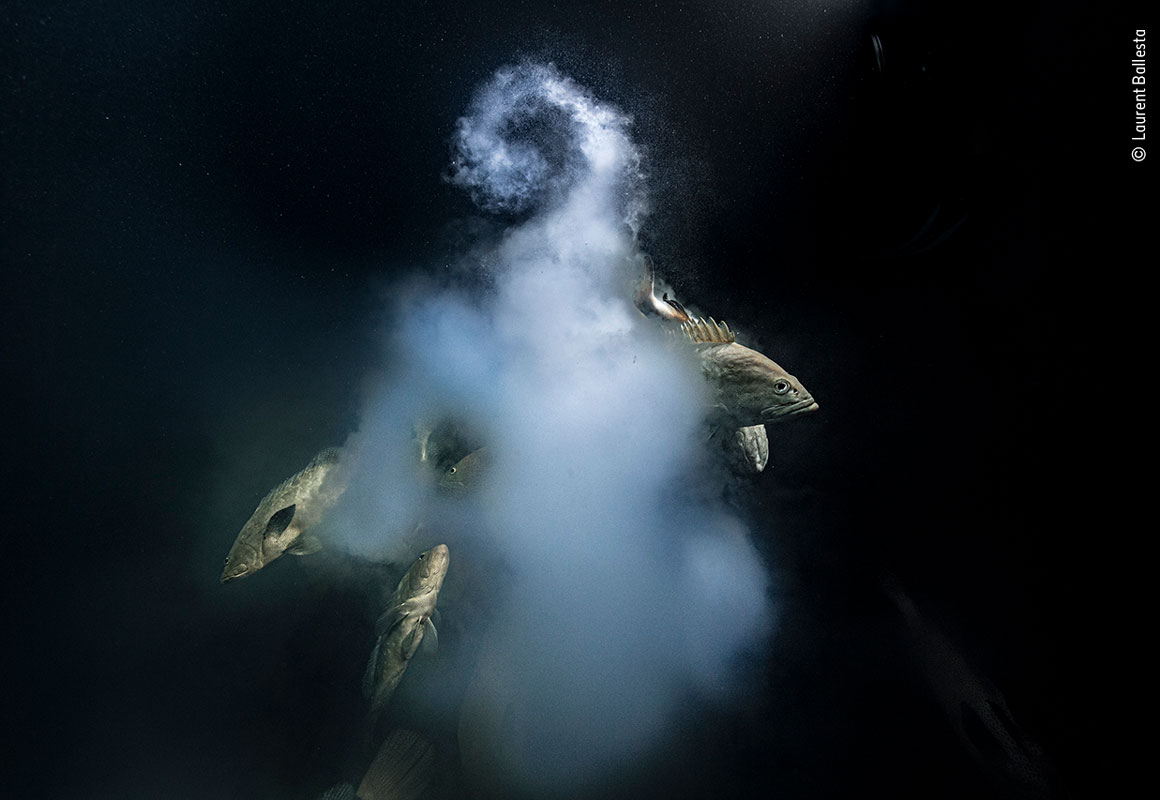 Winning images for wildlife photographer of the year 2021

Camouflage groupers can be found in many oceans around the world. They live in shallow reefs where their mottled brown bodies are invisible among rocks and corals.

One of those places is a lagoon in Fakarava, French Polynesia, which Laurent and his team have frequented during mating season for the past five years.

This mating season is fleeting, lasts only an hour under a full moon and with a ebbing tide. Tens of thousands of camouflaged groupers congregate in one area. The water becomes a vigorous kaleidoscope of bodies speckled with brown and white in a milky cloud of eggs and sperm.

Rosamund ‘Roz’ Kidman Cox, writer, editor and jury president, says: ‘The image works on so many levels: it’s surprising, energetic and intriguing, and has an otherworldly beauty. It also captures a magical moment – a truly explosive life creation – leaving the end of the Egg Exodus hanging for a moment like a symbolic question mark.

But this extraordinary event also attracts attention of a different kind. After dark, Gray Reef Sharks join the mix, hunting in packs and devouring as many camouflaged groupers as possible.

However, sharks are not the only threat to this generally solitary species. Camouflage groupers are eaten all over the world, especially in the Far East where they are served as popular seafood dishes.

In recent years, fishermen have started targeting spawning sites, causing the number of groupers to drop sharply. Populations of Camouflaged Grouper are globally threatened and are now listed as Vulnerable on the Red List of the International Union for the Conservation of Nature (IUCN).

Fortunately, work is underway to protect this species. For example, the lagoon where Laurent captured this enigmatic scene is now a UNESCO biosphere reserve. This protection allows groupers to thrive with only natural predators controlling the population.

“In what could be a pivotal year for the planet, with vital discussions taking place at COP 15 [the UN Convention on Biological Diversity] and COP26 [the UN Climate Change Conference], Laurent Ballesta’s Creation is a compelling reminder of what we stand to lose if we do not address humanity’s impact on our planet. The protection afforded to this endangered species by the biosphere reserve highlights the positive difference we can make. ‘

Canva Launches Video Suite for Everyone to Create, Edit, and Record Great Videos | Your money