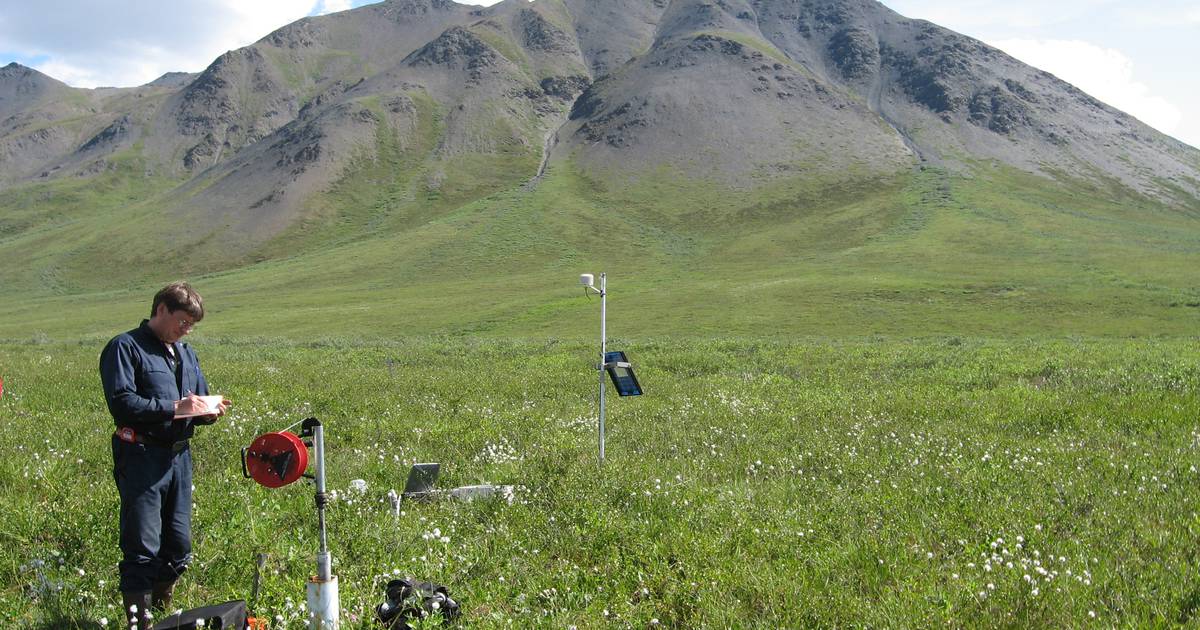 At the end of this month, Vladimir Romanovsky will retire after 30 years as a professor and permafrost scientist at the Geophysical Institute at the University of Alaska Fairbanks. It comes at a time when people – finally – no longer look at him quizzically when he mentions what he’s studying.

Permafrost is ground that has remained frozen through the heat of at least two summers. This is the result of a water-rich planet streaking through space about 93 million kilometers from its primary heat source, the sun. This distance, along with Earth’s tilt and rotation, has formed durable ice and frozen ground below the ground surface to the north. Permafrost is like a bank account that grows richer during cold periods on the planet. We are now in a state of withdrawal.

Permafrost is found under 25% of the land north of the equator and under about 80% of Alaska.

When Romanovsky began studying the substance in the 1970s, he was also playing hockey at Moscow State University. Scientists then believed that permafrost would be a stable indicator of the new ice age that some thought was just coming, after a cool spell in the 1960s.

But something happened in 1976-977 in Alaska: air temperatures began to warm.

Noticing this change, Romanovsky’s mentor at the Geophysical Institute, Tom Osterkamp, ​​saw the new camps and airstrips built for the Trans-Alaska Pipeline in the mid-1970s. He thought they would be beautiful places for drilling deep holes and laying thermistor chains in them. With them, he could monitor permafrost temperatures 200 feet deep along the pipeline, which stretches 800 miles north to south through Alaska, making for a nice transect.

“He said, ‘Let’s do these drillings when the warming has just started, or maybe it hasn’t even started yet,'” Romanovsky said in a recent interview. “It was a great idea and a great implementation.”

Because permafrost below the ground surface is insulated by soil, plants, roots, and other things, its temperature only responds to long-term climate changes. This has made Osterkamp’s monitoring sites, which he installed in the early 1980s, reliable indicators of a steadily warming North.

Permafrost temperatures “are the best indicators of climate change, I believe,” Romanovsky said.

He said permafrost temperatures contrasted with “very noisy” air temperatures, which jumped all over the place and required years of backtracking for scientists to extract a useful signal.

Over the years, Romanovsky has returned faithfully to the boreholes of Osterkamp (who retired to Missouri in 1997) to download last year’s temperature information. He has also established many other permafrost monitoring sites in Alaska and his native Russia.

During his three decades of study in Alaska, Romanovsky witnessed something he never imagined: the permafrost beneath Alaska’s North Slope – in some places 2,000 feet deep – touched by modern hot air.

“For years everyone said the permafrost on the North Slope is stable,” he said, meaning this very northern location would have a rock-solid foundation for years to come. “Now we find that it’s not as stable as we thought.”

Scientists now think that by the end of this century, the North Slope permafrost could melt up to 15 feet below ground in places. The resulting sinking and erosion is not good news for the many roads and pipelines used by workers in the oil and gas industry there. Nor is anyone dependent on northern oil and gas.

The destabilization of the North Slope permafrost, evident around 2015, was the biggest surprise of Romanovsky’s career in Alaska. Another big change was people’s awareness of his usually out-of-sight subject matter.

“Years ago, when I was flying to Russia, passport officers would ask me what I was doing and say, ‘What is permafrost?’ Now I tell them what I’m doing and they’re like, ‘Oh, is it still there?’ ”

Scientists estimate that permafrost contains twice as much carbon as is currently in the air, which is a terrifying thought if all those ancient frozen roots and stems were to thaw and the microbes got to work. to convert them into greenhouse gases.

But Romanovsky thinks the direct consequences of permafrost thaw will hit first (and have already): the dollars spent repairing roads and homes in the north, and the need to find new sites for villages on a crumbling and sinking ground.

Romanovsky remembered another change during his long career. In 2005, journalist Elizabeth Kolbert included it in a New Yorker article titled “The Climate of Man”. It was one of the first times a journalist had accompanied him to his field sites.

“Ten years ago, nobody cared about permafrost,” he told Kolbert at the time. “Now everyone wants to know.”

Even as he retires (and still plays hockey), future Professor Emeritus Romanovsky wants to continue telling people what he’s learned in a career of thinking and watching the frozen ground.

“As many times as possible, I will,” he said. “I think it’s important.”