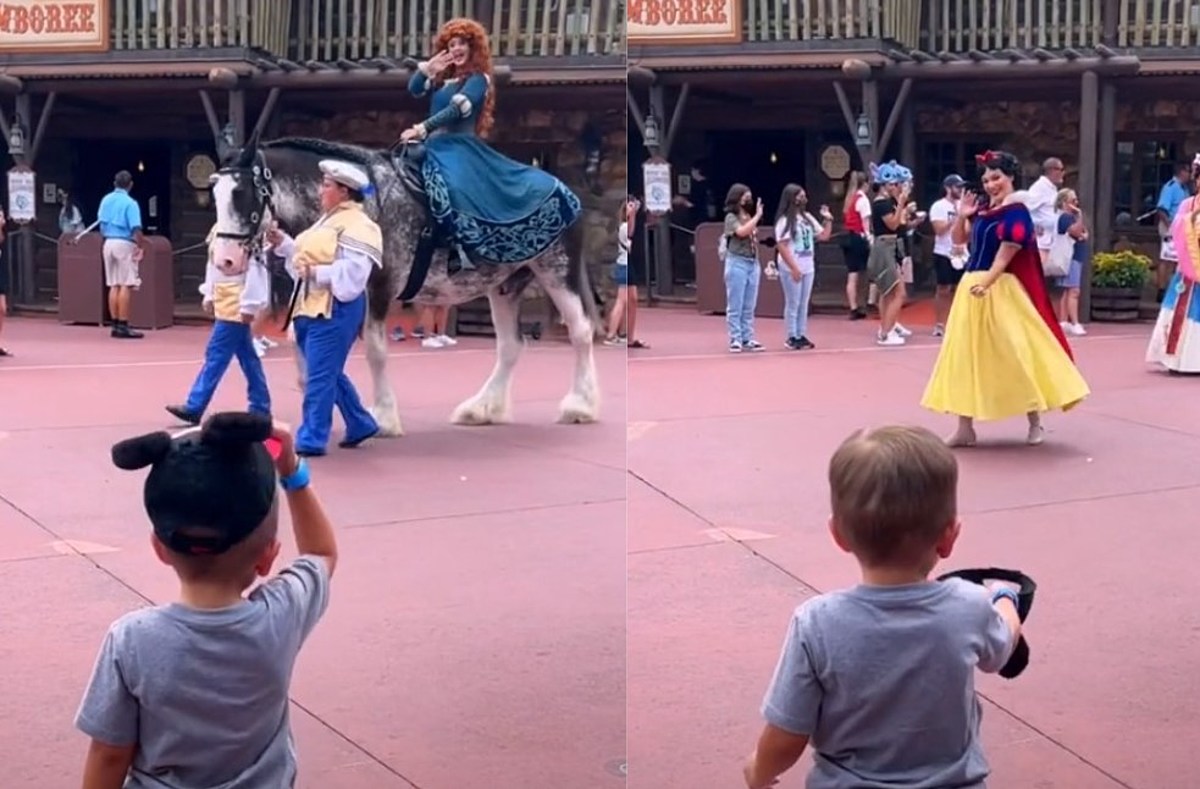 Have you ever seen something so cute?

You see, in the old days, men treated women like precious possessions. It meant opening doors for them, pulling out their chairs, and even removing their hats in their presence. Men also used to take their hats off to women when they greet them. Aside from the classic black and white movies that I love to watch, this was also pretty common during the Old West days. You know, back in the cowboy days.

Now, of course, there are still some wonderful men who treat their ladies like queens. I do not believe that these practices are completely lost. In fact, it looks like a young man is keeping the traditions alive in the wonderful world of Disney.

I saw this TikTok the other day and fell in love with it. It was posted by @vanessaguedert.

The young boy in the video is very captivated by the princess parade he is attending. It’s great to see all of our favorite Disney women in one place. Each time the princess passes, he takes off his hat and waves it to them.

Hats off that we haven’t seen in quite some time.

Don’t you just love him? And you just don’t like the reactions of each of the princesses? Although he is a bit young, you can tell that they are very flattered with the gesture.

Plus, am I the only one thrilled that his future prom dates and his wife are seeing this video? Well done, young man. Keep it up!

READ MORE: 25 Companies You May Not Know Belong To Disney

SEE ALSO: 30 Most Striking Memes of the Decade

CHECK IT OUT: Best Character Names From 1980s Movies