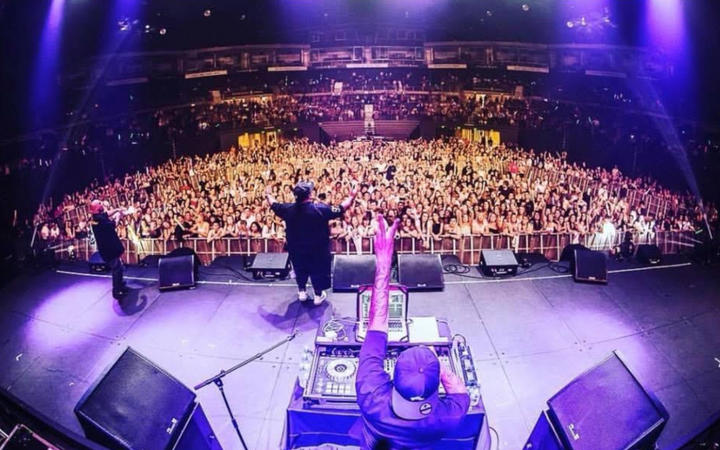 The producer who feeds South Auckland’s next hip-hop moguls

As Savage’s DJ, Toko Manuel performs in front of thousands of people every summer, but mentoring the next generation of South Auckland hip-hop artists is what brings him the most satisfaction.

Jay-Z’s famous line “I’m not a businessman, I’m a business, man” is an apt description of South Auckland hip-hop producer Toko Manuel. Over a 15-year career, the Māngere East resident has held most roles in the music industry, including as a DJ and producer for multi-award-winning rapper Savage, touring the country with his own band, running a hip-hop radio station and managing a record company.

He says it took a chance meeting with Scribe in 2003 to give him the inspiration to move from being a DJ to his pals’ parties to the realization that he could make a job of it. “Scribe was one of my mate’s cousins, so he brought him over to my house and he told me to find myself a studio, to learn how to make beats. I started doing music. music and from there we formed a band called Recommended Dosage. “

The band managed to secure funding for a music video and tour the country with other hip-hop artists, but Manuel quickly realized he would need to do more than just make music. . From there he created product lines, started a radio station and started a record label.

But he says it’s his collaboration with Auckland Council’s real estate development arm, Eke Panuku, that has been the “real game changer” in terms of nurturing the next generation of hip-hop talent. “A guy from Panuku emailed me and said ‘I love what you are doing and I see your goal,’” Manuel said. “But I was like ‘who is this guy?'”

The guy was Ole Maiava, a senior placemaker with Eke Panuku, and he was looking for someone to organize events and play live music at the newly developed venues in South Auckland. “Toko has been referred [to us] through South Auckland hip-hop artist Savage, “said Maiava.” RepFM had obvious potential and a real heart for the South Auckland community, so we got them involved in the #OurManukau activations. “ 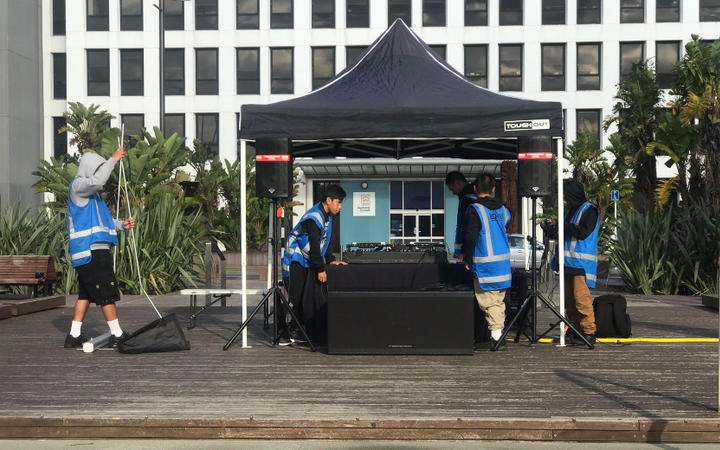 A group of young people from South Auckland get ready for an event hosted by Rep FM of Toko Manuel for Eke Panuku in Manukau.
Photo: LDR / Supplied / Toko Manual

Maiava says Manuel is now one of the “benchmark” contractors of the organization controlled by the council, as he also ensures that local youth are trained in “setting up events.” [and] learn the board event authorization processes, “while getting paid. Eke Panuku gave Manuel access to two solar-powered containers in the heart of Manukau’s CBD to run his Passion to Profession mentorship program, facilities which will also be available to other local users in the future.

Manuel says that one of the biggest things he’s learned working with Maiava is “to know what I’m worth”, and that’s something he passes on to others. “I’m sustainable now,” he says. “These contracts allowed me to run my own free events and workshops with kids and I can give other guys work, and so it all built from there.”

Manuel welcomes a group of 10 young people every year to teach them how to improve their profession and “make this music a profession”. He says the key is to create great music and then leverage it to create other sources of income such as selling merchandise, hosting events, or royalties. “My goal is to work with these kids until they own their own business, so that they understand the taxes, the GST, the expenses, and they all also understand what March 31 means.”

One of the most promising artists he works with is his own son, Justin, aka J Hustle, who recently signed with the Australian label of Savage TMRW Music, and produces a line of clothing, sunglasses and watches. 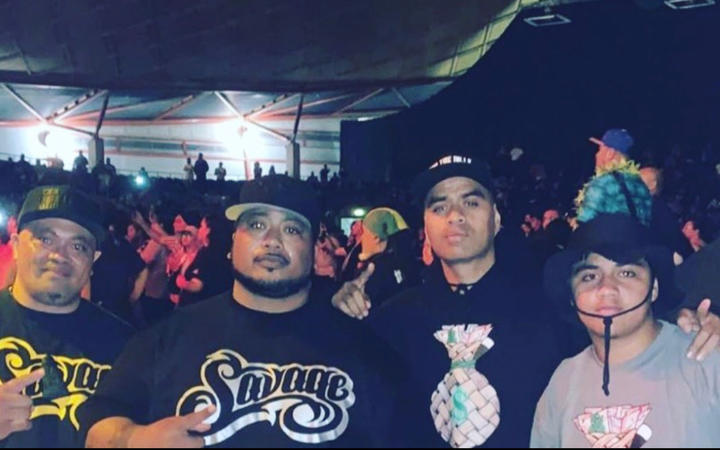 As a high school dropout who grew up watching friends and family fall into crime, Manuel says seeing his son “break the cycle” and get into music is a dream come true. “My son has never seen the side of the street that I saw growing up,” says the proud father of four. “I wasn’t in gangs, but a lot of my family was and I grew up in an environment where there were no opportunities and got caught up in all the bad things. So finding music was a real life changing chance. “

He admits that although his various music businesses have not been extremely profitable, the combination of his various efforts has allowed him to continue to run his mentorship programs for free in order to unleash the potential of young people in his region.

“Our kids here look up to drug dealers and gangsters,” he says. “I’ve seen 13 and 14 year olds on Harley Davidsons, so we have to promote a different option for our kids. If I can give a kid a role model on how to do it in music and how to do it. prevent drug dealing or burglary, then that’s all for me. “

And he thinks the key to success for these kids is staying true to their hood, just like he has.

“I shape diamonds from rough and I’m one of the only people to do that, because that’s where I’m from, because it takes someone from the community to make it work. do it will be the ones who know how to survive and have that past of the streets. ”

Local Democracy Reporting is a public interest information service supported by RNZ, the News Publishers’ Association and NZ On Air.