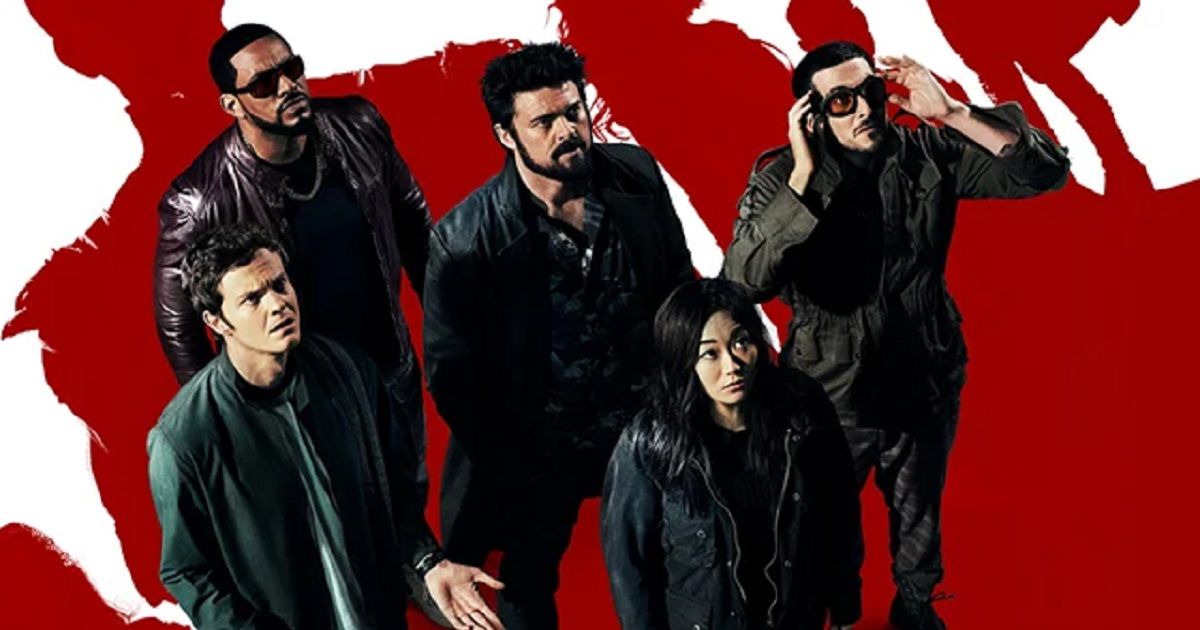 Potential spoilers for The Boys Season 4 below…

Filming is now underway on the fourth season of the hugely popular superhero series, The boys, and several set photos have seemingly revealed a character’s surprising return. Revealed courtesy of Twitter user Comicodigyfootage from the shoot, which is currently taking place in Toronto, shows that SPOILER ALERT – we somehow didn’t see the last member of The Seven Black Noir.

The last time we saw Black Noir was in the last episode of The boys Season 3. And his last moments weren’t… good. The third season revealed much more about the mysterious Black Noir, with flashbacks showing that he helped give Solider Boy to the Russians. After spending much of the season in hiding, Black Noir turns to Homelander who, after discovering that he is actually Soldier Boy’s “son”, kills Noir for hiding this vital information.

So, with Black Noir now dead, who is wearing that costume seen in those pictures? Could The boys now adapting Black Noir’s original origin from the comics? We won’t spoil that here, just in case that’s the plan.

Regardless of the outcome, The Boys showrunner Eric Kripke has confirmed that the Black Noir we all know and love is dead. So, it must be someone else in the costume. “Actions have consequences,” Kripke said of the character’s death in July. “We needed something really shocking and memorable, and I know he’s a fan favorite, but it came very naturally.”

Related: The Boys: Will Ryan Be the Next Homelander?

The boys Season 4 will feature a bigger role for Ryan, Homelander’s son

Based on the comic book of the same name by Garth Ennis and Darick Robertson, The boys takes place in a universe where super-powered individuals are recognized as heroes by the public and belong to the powerful corporation Vought International. Outside of their heroic personas, most of these so-called “heroes” are arrogant and corrupt, with the series focusing on the titular boys, a group of vigilantes seeking to keep corrupt superheroes in check.

The boys Season 3 finds Billy Butcher in a surprising position – calm and on the straight and narrow. In fact, it has been a quiet year. Homelander has been subdued. And Butcher now works for the government, overseen by Hughie of all people. But both men are eager to turn that peace and tranquility into blood and bone. So when The Boys discover a mysterious anti-Supe weapon, it sends them crashing into The Seven, starting a war, and chasing the legend of the first superhero: Soldier Boy.

While the details of The boys Season 4 remains largely unknown, it was revealed that child actor Cameron Crovetti will become a regular on the show, which means there will be a lot more Homelander’s son, Ryan, in the upcoming season. The series will also add an assortment of new heroes and cast members, including Supernatural alumni Jeffrey Dean Morgan.

Starring Karl Urban, Jack Quaid, Laz Alonso, Tomer Capone and Karen Fukuhara as the titular vigilantes and Antony Starr, Erin Moriarty, Dominique McElligott, Chace Crawford, Jessie T. Usher and Nathan Mitchell as the main supes, the first three seasons of The boys are now available to stream on Amazon Prime Video. The boys Season 4 does not yet have a release date.