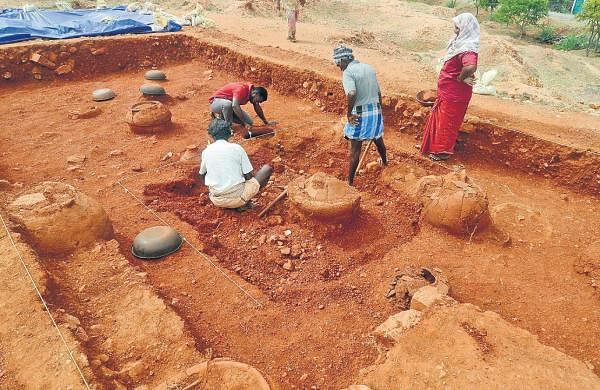 CHENNAI: Tamil Nadu Chief Minister MP Stalin announced on Thursday that the state government would carry out excavations at archaeological sites across Tamil Nadu. Excavations will take place at seven locations this year and the finds will highlight the antiquity, culture and values ​​of Tamil society, the CM said.

The excavations will start from the first week of February and end in September. The state government has sanctioned Rs 5 crore for the survey, excavation and other works, an official statement said here and added that the survey and excavation will help establish that the history of the sub- Indian continent starts from the landscape of Tamil Nadu.

The Chief Minister also said that the Department of Archeology has offered to conduct a reconnaissance survey at sea off Korkai in Thoothukudi district in association with Indian Maritime University and National Institute of Ocean Technology.

The survey will be undertaken near the estuary where the Tamirabarani River flows into the sea. Excavations already carried out at Keezhadi and other places in Tamil Nadu have shown that the Tamil culture is centuries older than believed. thought so before, he said.