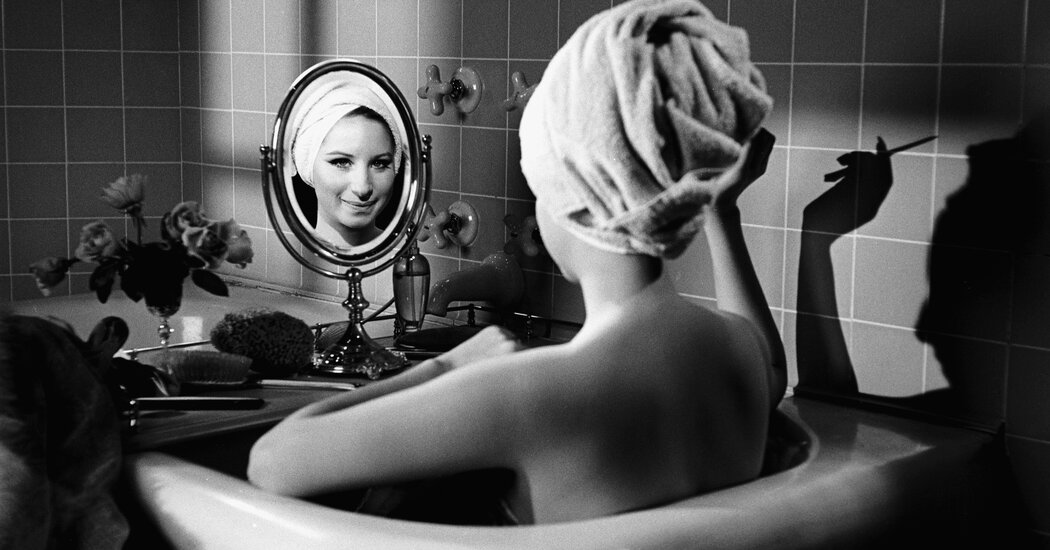 Steve Schapiro, photojournalist and social documentarian who has witnessed some of the most significant political and cultural moments and movements in modern American history, beginning in the 1960s with the struggle for racial equality in the Jim Crow South, died Jan. 15 at his home in Chicago. He was 87 years old.

The cause was pancreatic cancer, said his wife, Maura Smith.

Over a career spanning six decades, Mr. Schapiro has directed his camera’s eye to a stunning array of people across the American landscape as he seeks to capture the emotional hearts of his subjects, whether they are drug users in Harlem, migrant workers in Arkansas or movies. lights in Hollywood.

“I like waiting for that moment when I feel something in someone,” Mr. Schapiro said in a 2017 interview with David Fahey, a friend and owner of the Fahey/Klein Gallery in Los Angeles.

As a freelance photographer in the 1960s for Life and Look, the oversized magazines that brought photojournalism to American homes, Mr. Schapiro documented the struggle for civil rights. When those magazines folded in the early 1970s or were downsized, he moved to Los Angeles and made a living producing promotional material for movies, album covers, and celebrity portraits.

Throughout this time he remained a social justice activist, documentary filmmaker and cultural historian, and in the 1980s he was photographing the Black Lives Matter movement. He last photographed a protest against the death penalty a year ago in Terre Haute, Ind.

Culturally, he found his way back to 1961 at the Village Vanguard in Greenwich Village, where his camera captured a legendary live performance by jazz pianist Bill Evans. He made striking images of Barbra Streisand, including one of her soaking in a tub. (“One of my favorite photographers”, Mrs. Streisand wrote on Twitter after his death.) He caught Andy Warhol dazzled by the charismatic actress Edie Sedgwick. And he shot the cover for the first issue of People magazine in 1974 – a portrayal of Mia Farrow in her film role as Daisy Buchanan in ‘The Great Gatsby’.

Always self-effacing, Mr Schapiro maintained that the many striking images he had made of David Bowie had come from the singer’s imagination. As Mr. Schapiro told the Chicago Tribune, “I was simply the conduit of genius into the light of day.”

At 5ft 3in, Mr Schapiro has often succeeded in his goal of disappearing, becoming ‘a fly on the wall’ and waiting for something to unfold in front of him.

“You didn’t get the impression from his photographs that Steve was even in the room,” said Sidney Monroe, co-owner of a photojournalism gallery in Santa Fe, NM, which exhibited Mr. Schapiro’s work. , in an interview.

Mr Fahey described Mr Schapiro as “a spiritual, empathetic and generous person”, adding: “His main motivation was to help the world become a better place”.

A 1961 photo essay exposed the primitive conditions of migrant workers in Arkansas. First published in Jubilee, a Catholic magazine, then republished by The New York Times Magazine, his work led to the installation of electricity in labor camps.

After reading a 1962 New Yorker essay by James Baldwin on the black experience, Mr. Schapiro traveled with Mr. Baldwin on his 1963 tour of the South. Among the many photos he took was one of Mr Baldwin holding a Contours record album titled “Do You Love Me (Now That I Can Dance)”, an image which Mr Schapiro says impressed him. always made Mr. Baldwin feel lonely. Subsequent editions of Mr. Baldwin’s classic “The Fire Next Time” (1963) have been illustrated with over 100 of Mr. Schapiro’s images from their journey together.

During this tour, Mr. Schapiro met and photographed a young John Lewis, then president of the Student Nonviolent Coordinating Committee; Mr Schapiro later said the portrait showed “someone who knows who he is”. When Mr. Lewis died in 2020, his portrait by Mr. Schapiro appeared on the cover of Time and should serve as the basis for a US postage stamp, Mr. Schapiro’s wife said. This won’t be his first stamp; his 1980 portrait of Paul Newman became one in 2015.

Mr. Schapiro also met the Reverend Martin Luther King Jr. and photographed him often, including during the 1965 voting rights march from Selma to Montgomery, Alabama, with crowds growing along the route.

“He was important to the movement,” said Ava DuVernay, the filmmaker, wrote on Twitter following Mr. Schapiro’s death. “His images moved the spirits at a crucial time.”

After Dr. King was assassinated, Mr. Schapiro immediately flew to Memphis. He first went to the rooming house from where James Earl Ray had fired the fatal shots at Dr King, and he managed to get photos of Mr Ray’s handprint on a bathroom wall. Mr Schapiro was then granted access to Dr King’s empty room at the Lorraine Motel and photographed the artifacts – an open briefcase, used coffee cups – of a suddenly cut short life.

“It was not an image that Life published,” Mr. Schapiro told the Chicago Sun-Times in 2020. “But it became an important image for me.”

Stephen Albert Schapiro was born during the Great Depression, November 16, 1934, in Brooklyn and grew up in the Bronx. His father, David Schapiro, owned a paper mill at Rockefeller Center, where his mother, Esther (Sperling) Schapiro, also worked.

Steve attended Stuyvesant High School and Amherst College. After a year, he transferred to Bard College in upstate New York, which he found more suited to free spirits like himself. He majored in literature and graduated in 1955.

He had discovered photography in a summer camp at the age of 9 and continued to take pictures growing up. In love with Henri Cartier Bresson, the French photographer, he seeks to imitate his style by traversing the streets of New York.

“He had a great sense of design in his photographs, and at the same time gave you insight into the situation he was capturing,” Mr. Schapiro said of Mr. Bresson. “But above all, he struck a moving, at times extremely symbolic, moment regarding his subject – even if he was only capturing Henri Matisse in his studio.”

Mr. Schapiro then studied more formally with W. Eugene Smith, the photojournalist renowned for depicting social conditions in the mid-twentieth century. Mr. Schapiro even embedded Mr. Smith for a time in his Manhattan loft. He learned how to make prints and learned a few tricks of the trade, such as showing two points of interest in a portrait, which Smith said would make the viewer’s eye go back and forth and thus hold their attention.

Above all, Mr. Schapiro said in a 2019 interview with photo.com, Mr. Smith “gave me a sense of humanity and the human condition.”

In addition to his wife, Mrs. Smith (no relation to W. Eugene Smith), he is survived by two sons, Theophilus Donoghue and Adam Schapiro; two daughters, Elle Harvey and Taylor Schapiro; and four grandchildren. Another son, Teddy Schapiro, died in 2014.

Mr. Schapiro’s photographs have been exhibited at the Metropolitan Museum of Art, the Smithsonian, the Getty Museum in Los Angeles and elsewhere. They have also been collected in books, including “American Edge” (2000), about people living on the margins of society, and “Schapiro’s Heroes” (2007), intimate portraits of 10 celebrities. Some of his other books are based on his work on movie sets, including “The Godfather”, “Taxi Driver” and “The Way We Were”.

Mr. Schapiro thought his civil rights images stood out because so few photographers were covering the movement. But he said the power of photography has diminished in recent years due to its ubiquity.

“I think we’re on the way to a day where cameras as we know them will be obsolete,” he told the Chicago Tribune in 2016. photos as technology advances and quality improves.”

But, he added, “I will always believe that it’s the photographer that counts, not the camera.”