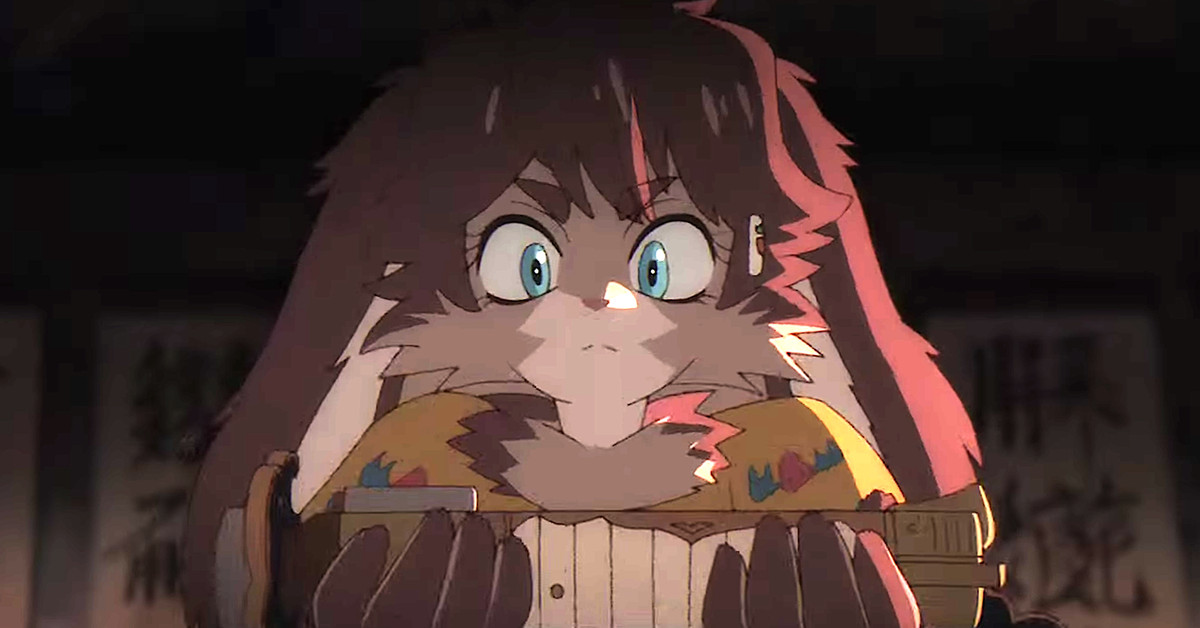 The new Disney Plus animated anthology series Star Wars: Visions is an exciting divergence for longtime fans of the franchise. The nine animated shorts from the first season, produced by some of Japan’s most avant-garde and creative animation studios, vary widely in tone and style. They take place throughout the Star Wars timeline, taking radically different approaches to the never-ending war between warriors who access the Force, whether on the light side or the dark side. By telling these scattered little stories, the Visions shorts escape the need to obsessively follow the Skywalker line and its impact on the galaxy. But strangely, Visions Again echoes one of the big, cohesive flaws of the film series: It’s almost exclusively about human protagonists and human stories.

The diverse galaxy of the Star Wars franchise is one of the things that sets its stories apart. George Lucas was obsessed with the appearance of the crowded cantina in the 1977s Star Wars: Episode IV – A New Hope, stuffing it with mysterious and inhuman quirks, and since then the creators of Star Wars have risen to the challenge, developing and representing new species and new worlds. Star Wars canon says the setting features over 20 million sentient species, and the films constantly remind viewers of this diversity, filling virtually every crowd scenes with alien faces. But time and time again, the movies have returned to the human protagonists, sidelining all of these alien species as sidekicks or background details.

In 1977, when New hope came out, that decision made sense on a purely practical level: it reflected the limitations of George Lucas’ compelling special effects and budget. Many aliens in Lucas’ cantina looked like believable creatures in the right light – but it barely helped them speak or move. Non-human characters who had more screen time, like Chewbacca, Greedo, or R2-D2, did not speak English – a detail that made the galaxy more real and lived, but also saved puppeteers and operators. to worry about convincing lip-syncing during dialogue scenes.

Larger budgets erased this problem by letting Lucas invest more money in more sophisticated puppets, which made room for bigger roles for surprisingly inhuman aliens like Yoda and Admiral Ackbar. They in turn paved the way for Maz Kanata and The Mandalorianis Baby Yoda. And as digital effects progressed, computer graphics addicted characters like Jar Jar Binks and Watto became much more common. But while the non-human characters in the films have become more elaborate and compelling, they have always played substantive roles in human-centered stories, whether the stage is dominated by Luke, Leia, and Han Solo; Obi-Wan, Anakin and PadmÃ© Amidala; or Kylo Ren, Rey, Finn and Poe Dameron.

The move from the franchise to animation has made the non-human protagonists even easier. There is no particular reason to favor human characters in the animation – Asajj Ventress might even be easier to animate than Obi-Wan Kenobi, as no one is worried that Ventress falls into the Weird Valley or looks like not enough to its live counterpart. And in animation, non-human characters don’t weigh on anyone’s budget – even in the mid-1980s, Star Wars expanded into telling non-human stories with the animated series. Ewoks and Star Wars: Droids. This is the strangest part of Visions‘Near-universal focus on human tracks: When it comes to cost or compelling imagery, there’s no compelling reason why, say, Jay in “Tatooine Rhapsody” couldn’t be non-human like the rest of his group mates, or why F in “The Village Bride” or Dan in “The Elder” couldn’t be Twi’lek, Gotal, Rodian or Lasat.

It’s possible that the creators of Star Wars just don’t think audiences can fully identify with the non-human protagonists. It would be an odd reason to keep aliens away, given that the franchise’s most beloved characters have always been non-humans, from Ewoks in the 1980s to BB-8 or Baby Yoda in recent years. Star Wars’ most prominent non-human protagonist Ahsoka Tano has been with the franchise since 2008, and she’s a true fandom phenomenon. But she’s pretty lonely in the animated Star Wars stories, surrounded by non-human characters who, at most, get a short main arc before disappearing again.

The series’ long list of memorable non-human villains, from Jabba the Hutt and Darth Maul to General Grievous and Grand Admiral Thrawn, suggests the creators of Star Wars are a bit stuck in a rut of assimilating relativity. and heroism to humanity, and relying on stranger to make the antagonists more threatening. Even the Visions the shorts visualize about half of their villains as non-human characters disturbing human protagonists.

Even both Visions the shorts starring non-human protagonists – the child droid TO-B1 in “TO-B1” and the faithful orphan Lop (maybe a Lepi?) in “Lop & OchÅ” – both still build on each other on this dynamic. When TO-B1 fantasizes about being a Jedi, he introduces himself as a human. His story briefly benefits from his artificial nature – he loses an arm (a long-standing Star Wars lore) with no visible ill effects, and he clearly has enough life to survive in hiding and carry out his mentor’s lofty plans. But his story never focuses on the fact that he’s not human. It’s designed entirely around his relationship with his human creator and his ambition to become like the Jedi – who in his imagination are apparently all human.

Lop, meanwhile, is adopted into a human clan and wants nothing more than to hang on to those family ties. She repeatedly points out how, even though she’s a stranger, she sympathizes with her foster human father and sister, sees herself as a relative of them even when they don’t feel the same way, and sees their planet as their home. . The short never lets her tap into any abilities or strengths that only a Lepi would have, or otherwise approach her non-human nature – it’s only about her emotional connections to human characters.

“Lop & OchÅ” is always the closest Visions really just took a real alien perspective. It’s not because Lop has fur instead of smooth skin, or long, hanging ears instead of small round ears. It is because she is an alien in a human world. She has been separated from her home world, culture and biological parents, and had to try to fit in with humans who are foreign to her and who are hesitant to whether they consider her family. While her short film only scratches the surface of her feelings of literal alienation, it’s a fascinating dynamic that stands out among many. Visions stories that echo familiar conflicts between good and evil between the Sith and the Jedi. It is no coincidence that the other short film that deviates the furthest from this dynamic, “Tatooine Rhapsody”, is the one that gives the most importance to its aliens and its droid character, and focuses on something they want that has nothing to do with the endless battles of the Force. fought around them.

There is nothing fundamentally wrong with the Star Wars stories about humans, or sometimes how organics and non-human droids relate to humans. It’s just a weirdly narrow choice to have all Star Wars stories are about this dynamic, and Visions makes the narrowness of choice even more striking, given how many of its stories hit the exact same notes of humans confronting their Force alignments. There are at least 20 million other perspectives of the galaxy embedded in the background. Why can’t we see more stories from these perspectives?

The initial short film by Star Wars: Visions do not suffer individually because of their humanocentrism. They focus primarily on visual vibrancy and energy, finding creative and colorful ways to represent those familiar Star Wars we’ve watched unfold since 1977. But it’s surprising how few anime studios involved stepped out of those familiar lines, given how extremely creative and unpredictable anime stories normally get, and how much they normally enjoy non-human perspectives.

But by limiting themselves to such familiar role models and types of characters, the studios ended up limiting the stories they could tell as well. Yes Star Wars: Visions continuing as a project, producers could ensure the next batch of stories are even more vibrant and varied, simply by asking studios to think further outside of those decades-old lines. and further into the immense diversity that makes Star Wars so fascinating and memorable. There are so many other fantastic stories waiting to be told, and there’s no reason all of them need to focus on a human with a lightsaber in hand.