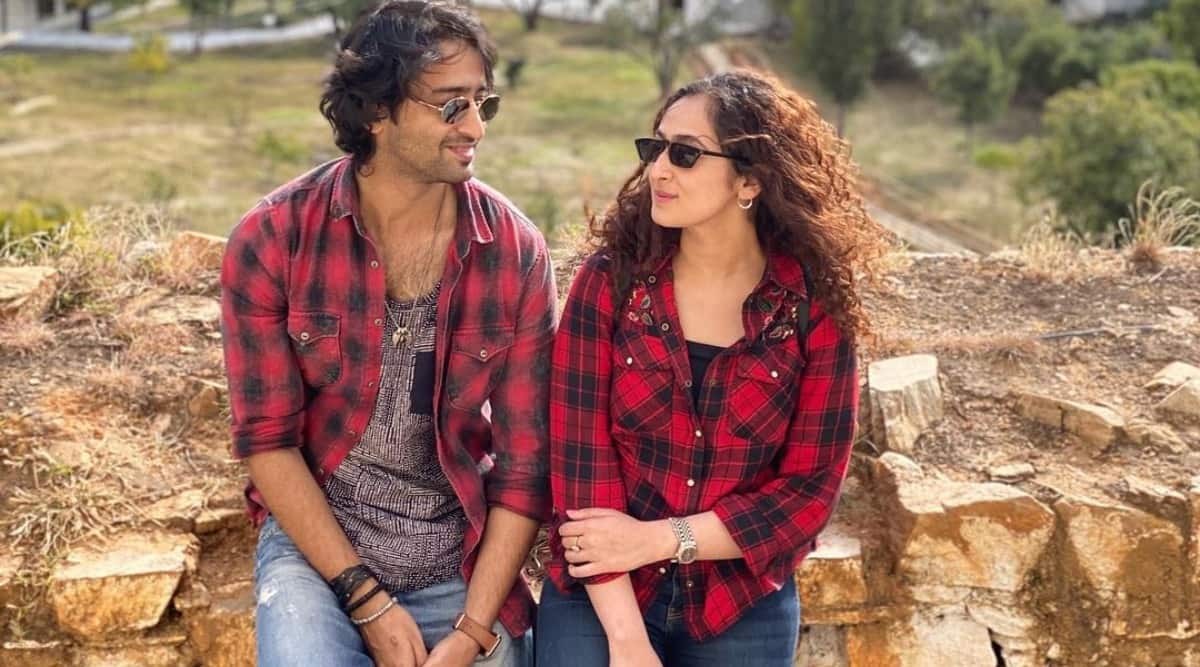 TV actor Shaheer Sheikh and his wife Ruchikaa Kapoor are expecting their first child together. Kuch Rang Pyaar Ke Aise Bhi shared a family photo on social media where Kapoor’s baby bump was visible. But the couple declined to comment on their pregnancy.

In a photo posted to Sheikh’s Instagram account, the actor and his wife producer Ruchikaa Kapoor stand side by side as they pose for a photo with their family. Kapoor looks stunning in her floral dress which makes her baby bump visible. In addition to the photo, the actor wrote: “Happiness is homemade … #betterTogether.” Sheikh’s co-actress Erica Fernandes commented on the photo and wrote: “@ruchikaakapoor you are so cute !!”

Sheikh has been busy filming the upcoming Sony TV show, Kuch Rang Pyaar Ke Aise Bhi, season 3 and recently had some free time to be with his family. In May, as rumors of Kapoor’s pregnancy circulated, the 37-year-old actor neither confirmed nor denied it.

Shaheer Sheikh and Ruchikaa Kapoor tied the knot in November. The couple opted for a judicial marriage given the pandemic. They had planned a big party in June this year but the second wave of the coronavirus made them cancel the reception. Ruchikaa is the senior vice president of Balaji Productions.

Sheikh will be back on TV screens soon with Kuch Rang Pyaar Ke Aise Bhi Season 3 premiering on Sony TV on July 12.

Women and Social Security: How to Get the Biggest Check

Creator profiles and the future of publishing

A library that the Internet cannot live without