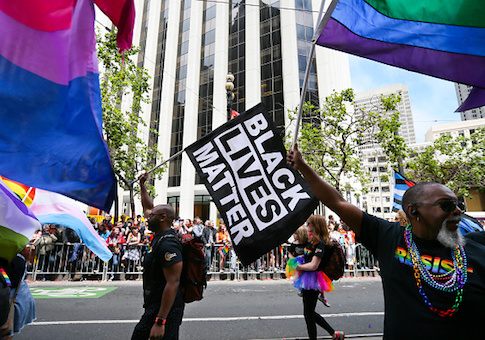 The San Francisco Election Commission is considering terminating its contract with its Chief Electoral Officer John Arntz, one of the city’s most esteemed officials, citing concerns about “racial equity”. Arntz, who is white, will have to reapply next year if he wants to keep his job.

The commission voted 4-2 last week to “open a competitive search” for Arntz’s job, which he has held for two decades, rather than renew his contract automatically, said commission member Cynthia Dai. Free Washington Beacon. The move, Dai said, was “driven in large part by the city’s plan for racial equity,” which requires all departments and commissions to address internal racial disparities.

“It’s hard to achieve diversity goals if leadership positions never open up,” said Dai, who voted in favor of the search process. “It has nothing to do with his performance.”

The vote on the commission, whose members are appointed rather than elected, drew a backlash from elected officials, who credit Arntz with cleaning up a broken system. Before Arntz took the stand, San Francisco Chief Prosecutor David Chiu (D.) Told local missiona San Francisco-based newspaper, the city “has had five trustees in as many years, ballot boxes floating in the bay, and an intense lack of faith in municipal elections.”

San Francisco Mayor London Breed (D.) went so far as to suggest the commission was jeopardizing free and fair elections. “John Arntz served San Francisco with integrity [and] professionalism and remained completely independent,” said Breed local mission. “He remained impartial and avoided getting caught up in the web of city politics, which we are seeing now as a result of that wasteful vote.”

Aaron Peskin (D.), a member of the city’s board of supervisors, called the commission’s decision “malfeasance.”

The split between elected officials and the electoral commission is a variation on a familiar theme: from discriminatory hiring programs in American companies to race-based rationing COVID drugs, progressive identity politics have moved faster through unelected bureaucracies than through democratic channels, where the public typically vetoes overt racism.

This is true even in liberal strongholds like California, where voters have overwhelmingly rejected affirmative action. And in February, more than 70% of San Francisco voters supported recalling school board members who dismantled merit-based admissions at Lowell High School, the city’s most rigorous public school, in the goal of diversifying its student body. In June, the board reinstated the old admissions system.

While Californians have consistently rejected identity politics, they’ve also created a cover for them: San Francisco’s racial equity plan, which prompted the commission’s vote, was created by the same lawmakers who say the ousting Arntz would be a disaster for the city.

Breed signed a law in 2019 mandating the development of a citywide “racial equity framework,” which all departments, including the Elections Commission, are required to follow. The law was co-sponsored by Peskin, the oversight board member who called the commission’s decision “malfeasance” and who in 2020 said the new framework would “make our city fairer.”

Before becoming San Francisco’s chief prosecutor, Chiu introduced a similar law while serving as a representative in the California State Assembly. The bill, which is making its way through the legislature, would create an “Office of Racial Equity” to address racial disparities throughout state government.

California has banned affirmative action in government hiring since 1996. If Arntz is still the most qualified candidate after a competitive search, Dai said, his contract will be renewed.