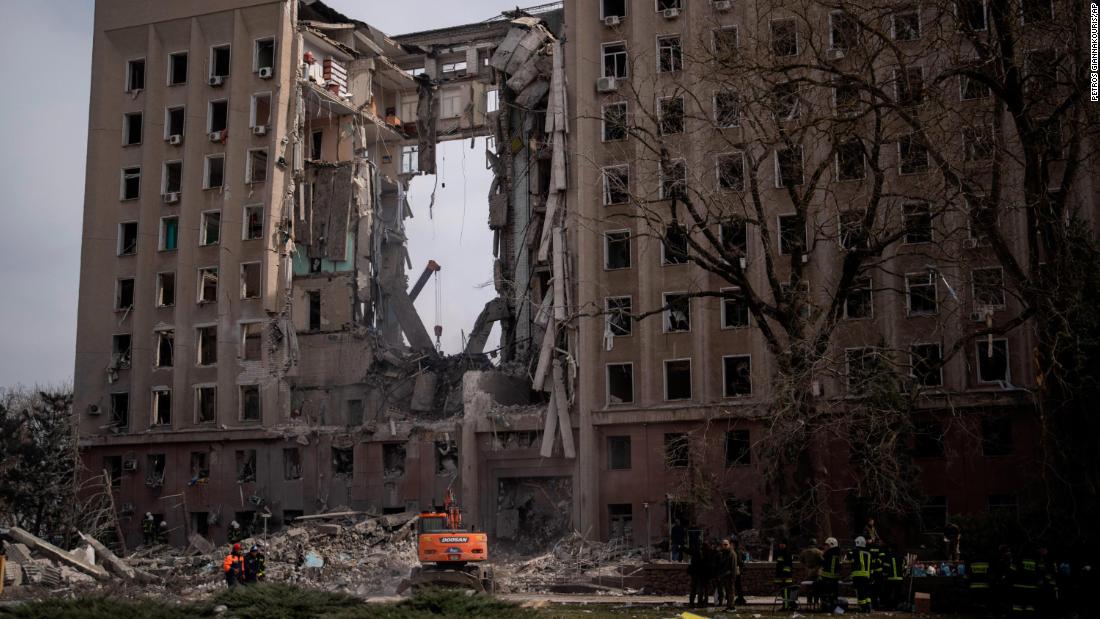 Entire city blocks in central Mariupol have been obliterated – a level of destruction never seen before in the beleaguered Ukrainian city – new satellite images from Maxar Technologies show.

With communications inside and outside Mariupol nonexistent, the images are the first visual update in recent days. which do not come from Russian propaganda.

The images confirm what NASA sensory satellite data has picked up: Dozens of explosions have taken place in and around Mariupol.

The area just east of the bombed-out drama theater – where authorities believe around 300 people died in a Russian attack – lies in ruins. In a satellite image, roofs are missing or have been significantly damaged on almost all buildings.

Another large apartment complex in southeast Mariupol, near the Azovstal steel plant, was destroyed. CNN previously confirmed that Russian troops and Chechen fighters were active near this apartment complex.

Outside the Metro supermarket in western Mariupol, hundreds of people are gathered in queues, waiting to enter the building. Its roof has holes from military strikes.

The mayor of Mariupol estimated that up to 160,000 people remained in the city on Monday.

How to set up a turntable