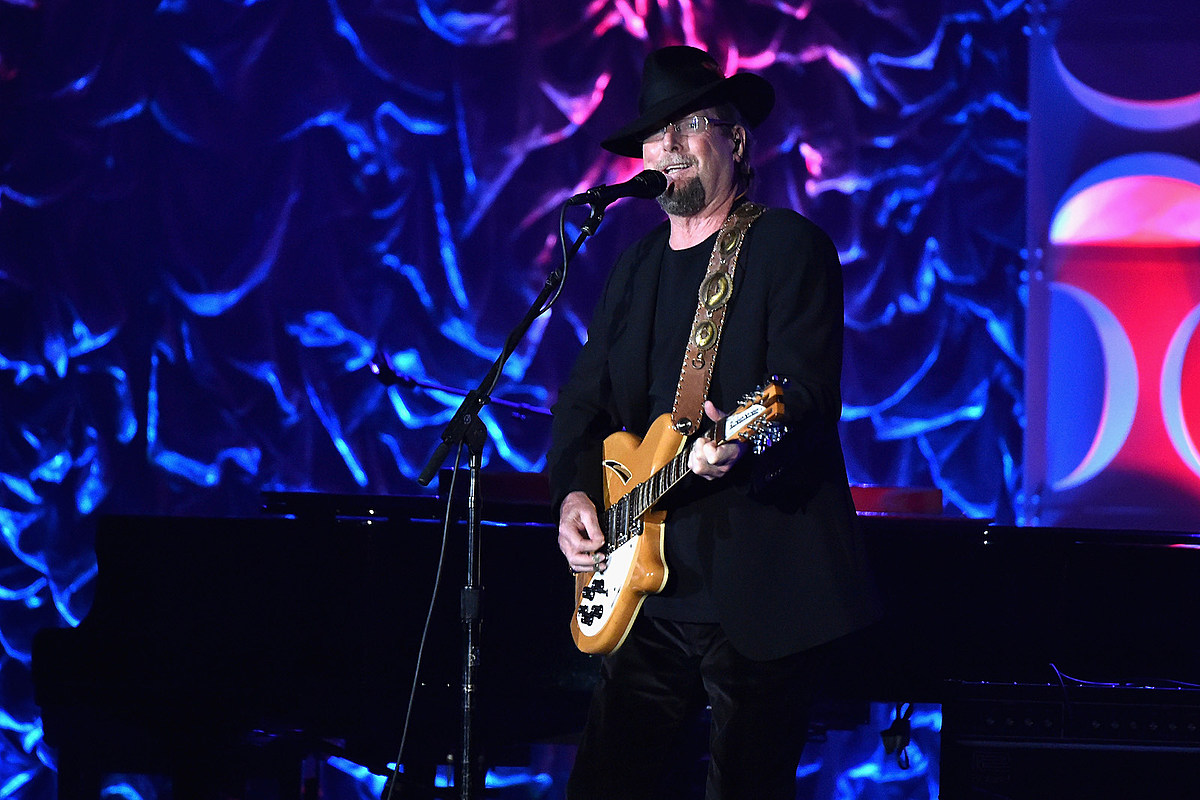 Roger McGuinn has never been one to make a big fuss. When he looks back on his six-decade career, it’s the simple fact that he made his living in the music industry that makes him most proud.

“I always thought it was important to be a hungry musician,” he tells UCR, “to inspire you to make it work instead of taking a job and making music on the side.”

McGuinn, 80, made it work in 1962, when, after graduating from Chicago’s Old Town School of Folk Music, he started playing at local coffeehouses and landed a job playing guitar for Bobby Darin . A year and a half later, he took a songwriting job at New York’s Brill Building, where Carole King and Gerry Goffin produced hits and a steady stream of hit pop music flowed. McGuinn recorded with Judy Collins and Simon & Garfunkel before moving to Los Angeles, where she was offered performance work at The Troubadour. He quickly meets David Crosby and Gene Clark, with whom he will form the Byrds. When the trio went to see the Beatles A hard day’s Night in 1964, they were addicted to the thrill of being rock ‘n’ roll stars. McGuinn, fascinated by the Rickenbacker guitars of John Lennon and George Harrison, traded in a few of his instruments for a 12-string.

The Byrds enjoyed a whirlwind in the following years, topping the charts and performing overseas before the original quintet broke up. By the time that core group fractured before the late ’60s, the Byrds were virtually synonymous with the Laurel Canyon folk-rock scene, thanks to McGuinn’s 12-string Rickenbacker and unmistakable jangle. Bob Dylan has become an important figure in the Byrds’ orbit. McGuinn often tells the story of when Dylan was asked to write a song for the movie Easy Rider, scribbled some lyrics on a napkin and asked star Peter Fonda to “give this to McGuinn. He’ll know what to do with it.” McGuinn then wrote “Ballad of Easy Rider” in 1969.

Listen to the Byrds’ “Ballad of Easy Rider”

Although the Byrds persevered through several decades and incarnations, it was their early years – their “heyday”, according to McGuinn – that had the greatest impact. Many of these memories are represented in the upcoming photobook The Byrds: 1964-1967, which includes around 500 photographs: studio shots, alternate album covers, and just about everything in between. Revisiting those moments makes McGuinn laugh. “I didn’t remember the photoshoot with the models,” he says. “We did photo shoots with beauty queens on the beach, things I hadn’t seen in a while. It was a bit of a blur at the time, it was all happening so fast.”

McGuinn has revisited her story before. Years ago, he wrote a memoir that was rejected by the publisher because it contained too much religious content. (McGuinn and his wife have practiced evangelical Christianity since 1978.) He says he has no plans to revisit the project. “I decided I didn’t want to,” he says, noting that 2014 Stories Songs & Friends includes several memoir-like keepsakes. Also, some things have gone better in the past, he says. “I really consider this my autobiography,” he adds. “And putting it in book form isn’t really important to me. Besides, when I wrote [the memoir] 30 years ago I put a lot of stuff in there that I don’t want anyone to know.”

Moreover, as successful as the Byrds are, they are not the whole story of McGuinn, as he is quick to point out. “I thought the Byrds were a nice nine-year detour from my dream of becoming like Pete Seeger — a folksinger or a storyteller like Will Rogers or somebody else,” he says. “I really always wanted to be a real folksinger and I’ve always been in the peripheral part of folk music as a sideman. … I still haven’t been considered a real folksinger. so is like wanting to be a real boy.”

McGuinn is now working on a new project that began over 50 years ago. In 1969 he was approached by lyricist Jacques Levy, who had worked with Dylan on his 1976 album, Desireand wanted to collaborate with McGuinn on a musical, Tryp geneafter Henrik Ibsen Peer Gynt. At the time, the rock musical Hair was everywhere. Levy, who had a fondness for cowboys like many 1930s kids, wanted to do something similar, but Western-style. “His loft in the village had a mural of a cowboy walking into a bar,” recalled McGuinn of Levy, who died in 2004. “So it was his idea to take Peer Gynt and turn it into a western musical. And the Byrds just did the Rodeo sweetheartso we thought it was a good combination.”

A handful of songs, like “Chestnut Mare” and “Just a Season”, appeared on Byrds’ later albums, and the production of Tryp gene ultimately took place at Colgate University in Hamilton, NY”[But] it wasn’t up to Broadway,” admits McGuinn. “But, you know, we did it!”

Still, McGuinn continued to work on much of the unreleased music. The pandemic left him with plenty of free time to work in his home studio, playing all the instruments. “I added guitars and vocals, and it sounds like a band, more or less,” he says. McGuinn doesn’t yet have a release planned for the new music, but he also has other ideas floating around, including working with a symphony orchestra.

Listen to The Byrds’ “Chestnut Mare”

In 2018, McGuinn toured with original Byrds member Chris Hillman to celebrate the 50th anniversary of Rodeo sweetheart. Things were a bit hectic with surviving co-founder Crosby at the time and have been even more so since.

So any chances of a Byrds reunion are slim at this point. “Paul McCartney, when asked to reenact The Beatles, while they were all still alive, said you couldn’t reheat a soufflé,” he says. “It’s something that happened at a particular time and place. And those conditions will never happen again.”

Additionally, he’s happy to do his one-man shows, which include stories about touring with Dylan at the Rolling Thunder Revue and how he came to record Tom Petty’s “American Girl.” After all these years, however, he admits he still gets nervous before going on stage. “I think that’s an advantage you need,” he said. “If you lose that, you might as well start playing at the Holiday Inn.”

Here is a chronological overview of the 100 best rock albums of the 60s.

Climb the peaks of Mingulay: great Scotsman! – a photo report | Holidays in the highlands