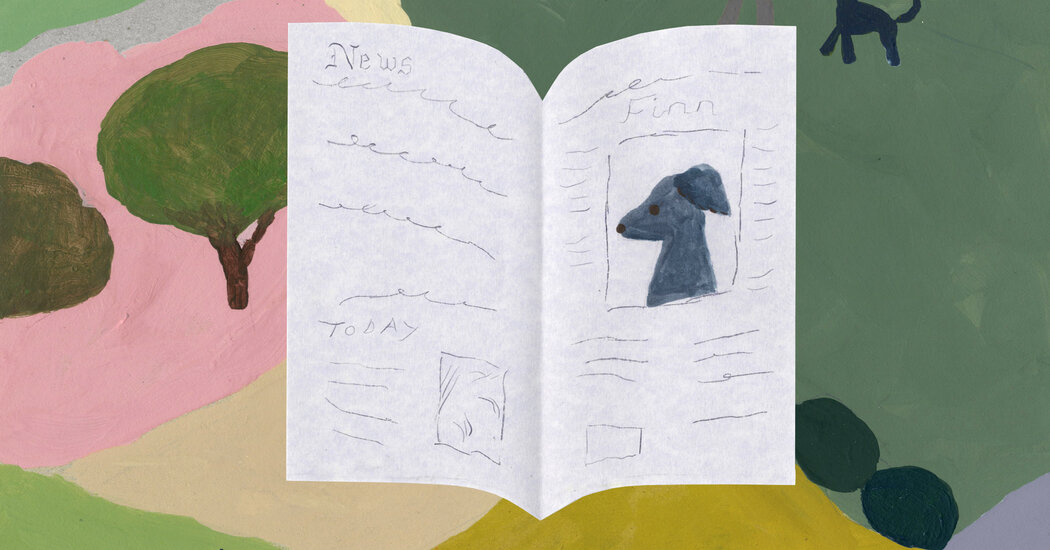 And this newspaper has been publishing for a long time news stories of animal deaths, from the 1876 death of Hambletonian, a trotting horse (he was not great at a trot but fantastic at mating, siring around 1,500 foals) to the 1923 death of Prince Ski , a “famous movie dog” (his specialty was “walking through gardens with richly dressed women”). Over the past few decades, these pieces have metamorphosed to closely resemble the archetypal obituary: detailing the celebrity or newsworthiness of the deceased, their age (“probably a little over a year old, based on the color of his feathers”, of Barry, a barred owl in Manhattan) and the cause of death. Testimonials are often given from others (from the polar bear Gus of the Central Park Zoo: “Polar bears are among the most beloved animals, but Gus was something else”; from Laika, the first dog sent to the space by the Russians: a “phlegmatic dog who never argued with other dogs”), as well as a biography and details of parentage.

Final sentences can include details about the next of kin (of the first gorilla born in New York: “Pattycake is survived by 10 descendants currently living in other zoos across the United States”) or a telling quote about the deceased (from the Secretariat: ”We will miss something terrible,’ Mr Hancock said yesterday, ‘and no one will ever forget it.'”) But despite their obituaries, the newspaper does not call them obituaries.

A more emotionally avaricious motive, less often stated, could explain the exclusion of animals from obituaries. It is the feeling of the need to emphasize the importance of human life over that of other animals – sometimes expressed by ridiculing the very idea of ​​an obituary for something like an animal kept as a pet. “Grotesque,” wrote a columnist in Mediaweek of the “horrifying” possibility of including animal obituaries in newspapers, sure any story could only be “cutesy.” On occasion, a paid obituary of a pet published alongside that of a human has outraged readers, as if the very proximity of an animal humiliated a human. It’s especially odd, given that so many humans have intentionally chosen to be around animals — especially pets, letting them into their homes, living rooms, and even beds. And we are increasingly aware of the intertwining of non-human and human lives – even as we think more mindfully of the animals we eat or the transmission of viruses between species.

Obituaries index the values ​​of our culture – and in this culture we have increasingly learned the value of non-human life. It is high time that news sources consider the possibility of acknowledging the reality of animal life alongside our own. Obituaries, which sort of follow a pattern, seem the perfect space to consider an animal’s life story. Because the obituary is distinguished – and is distinguished from other reports – by its lack of direct access to its subjects, given their deaths. Their story must be told by others, in a biographical way, describing their journeys, their behaviors and their interactions. Obituaries inevitably include the voices of others describing what the deceased did or the impact they had.

But that’s precisely the information we have about animals – especially those that are known enough to humans to have storytellers. Not only can I talk about the life course of a companion dog. Me, like anyone who lives with dogs, I know their friends, their habits; I know his preferences and quirks. I have stories of its effect on me, and others have told me stories of its effect on them. As a scientist, I’m interested in Finnegan’s own perception of his world, of his phenomenal experience, but as an obituary, I know that’s moot.

As the dog of an author of books on canine cognition, Finnegan has served as a representative of the species in interviews and recordings, appearing on several television shows, including “CBS Sunday Morning” and “Nova,” and in countless photo shoots for magazines. and newspapers internationally. He was repeatedly recognized on the street from photos of book cover authors.

Finnegan was a handsome dog, his coat shimmering blue-black, his ears soft, and his eyes sensitive and deep. His nose, renowned for its ability to sniff out lost cats and that little crumb of cheese that might still have been in your pocket from last week’s sandwich, was glistening and shining. His tail, long and slightly curved, was perpetually lifted in pleasure and anticipation and often wagged heartily, until a progressive paralysis set in and stole his wagging.

Israel says police did not hack civilians without court approval