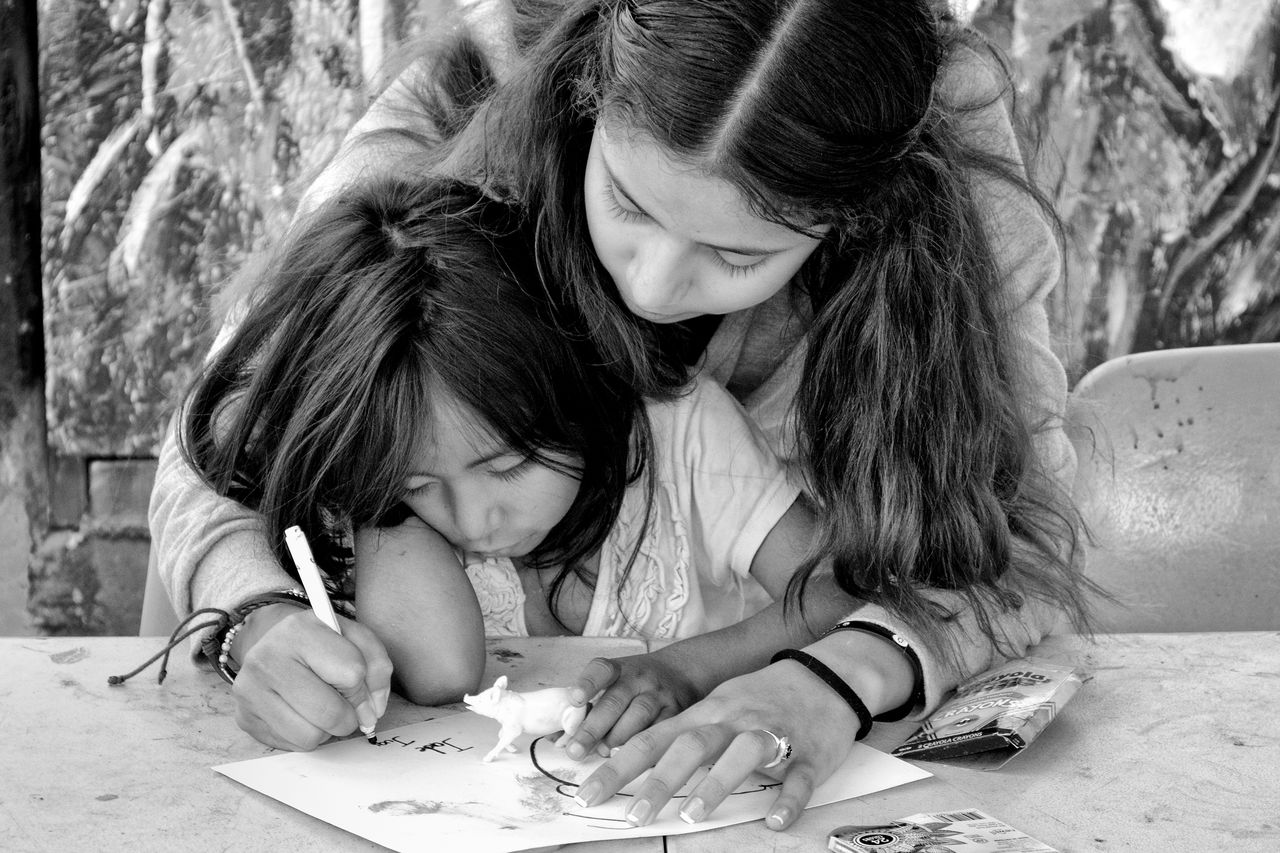 As a painter and photographer, Bill McLaughlin has created a vast body of work. He has painted watercolors and pastels detailing landscapes in upstate New York, taken photos of scenes in Sherburne, New Berlin and other cities in Chenango County, responded to the Covid pandemic- 19 with a book, “Coronaverses”, which combines images and haiku.

And this fall, he’s focusing on a very different project, a portfolio of photos taken in Tijuana, Mexico, in December 2019. McLaughlin’s solo exhibition, â€œLiving in Limbo: Portraits from the Border,â€ is on display at the ArtRage Gallery. It features 22 large images, a mix of portraits of asylum seekers and migrants staying in shelters in Tijuana, and photos documenting the physical reality of the border. He photographed the exteriors of several shelters as well as landmarks such as Friendship Park, a binational area straddling the U.S.-Mexico border.

He arrived in Tijuana with a basic knowledge of Spanish and no travel experience in Mexico. However, he benefited from contacts with Border Angels, a San Diego-based organization that helps migrants on both sides of the border. Among other things, the group runs several shelters in Tijuana and works to reunite families. Their staff gave him instructions and made a few introductions.

Eventually, McLaughlin started asking people if he could photograph them. Some quickly rejected this request; they feared reprisals in their homeland. Some migrants fled El Salvador or Honduras or other countries because of threats from gang members and a climate of violence.

Nevertheless, he was granted permission to photograph various subjects: the elderly, parents and children, a wife and husband, Reuben, a veteran of the United States Army. He received favorable immigration status due to his military service, but a felony conviction overturned that status, resulting in his deportation to Mexico in 1998.

The portraits, shot in various locations, reflect both McLaughlin’s photographic skills and the time he spent conversing with the subjects. Indeed, the portraits communicate a feeling of warmth, a frankness captured by the artist’s lens.

Living in Limbo: Portraits of the Frontier by Bill McLaughlin at the ArtRage Gallery

Thus, Marcos, from Honduras, appears with his teenage daughter and young son, as the son holds a stuffed animal. Esmerelda and her young daughter look directly at the camera while her son sucks his thumb.

There is no model for portraits. McLaughlin also photographed Ruth, an elderly woman seen in a head and shoulders photo; a married couple standing near the trees; Alondra, a woman in her twenties, helps a child write with a pencil. There is little formal schooling in the shelters, but a Border Angels bus drops off school supplies.

Other portraits show a woman helping with the preparation of meals at the Inglesia shelter, and a waiter standing in front of the Undocumented Cafe, a restaurant employing migrants. Near the main entrance to the cafe, four words are written in Spanish on the floor. They say “no human is illegal.”

And the exhibition features images of several monuments in Tijuana. Friendship Park photo shows people talking to people through the wall; one group is on American soil and the other on Mexican soil. At one point, people were touching hands or exchanging things through the wall. Later, it was covered with a thick metal net.

One of the best images on the show documents a huge fence stretching out across the Pacific Ocean. The photo captures barbed wire atop the fence, a large mural painted on it, and seagulls perched on the segment above the water.

Although the exhibit features photos taken almost two years ago, it is still relevant today. Official policy on migrants has gone through different stages: the Trump administration’s January 2019 mandate stipulating that asylum seekers must stay in Mexico pending formal hearings, the advent of Covid-19 in 2020 which has made crossing the border even more difficult, the Biden administration’s decision to rescind the “Stay in Mexico” policy. The move drew fierce criticism from Republicans in Congress who said it jeopardized national security and would encourage even more asylum claims.

On August 24, the United States Supreme Court ruled against the Biden administration, declaring that “Stay in Mexico” must be reinstated. This sparked a policy review by the administration and outrage from the American Civil Liberties Union, which denounced “Remaining in Mexico” as unjust and immoral.

â€œLiving in Limboâ€ does not attempt to recap these changes; this is not the role of the exhibition. On the contrary, it represents an artist’s response to the crisis at the border. McLaughlin had observed media coverage of migrants and was emotionally affected by a photo of Oscar Alberto Martinez Ramirez and his daughter lying face down in the water. From El Salvador, they drowned trying to cross the Rio Grande.

This influenced McLaughlin to start the project. He did so to present migrants in a different light and to bear witness to their struggles, their willingness to take serious risks. In his artist statement, he explained how â€œI decided to visit the border and try to do portraits that would tell a more honest and humanitarian story, to do portraits with dignity and respect. “

The exhibition runs through October 30 at ArtRage, 505 Hawley Ave. The gallery is open from 2 p.m. to 6 p.m. Wednesday, Thursday and Friday and Saturday from noon to 4 p.m. For more information, call 315-218-5711 or visit www.artragegallery.org.

Carl Mellor covered visual arts for the Syracuse New Times from 1994 to 2019. He continues to write about exhibitions and artists in the Syracuse area.