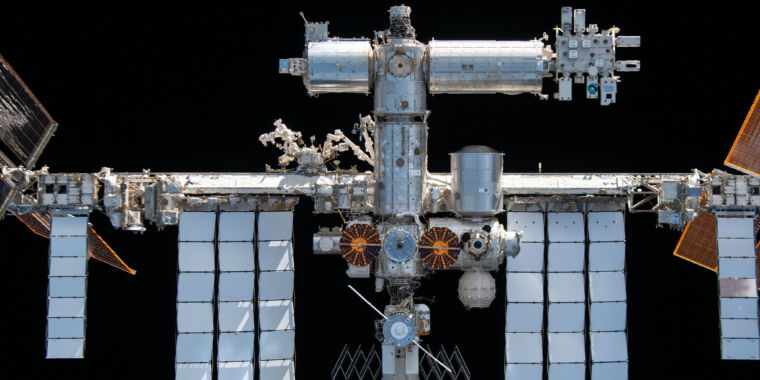 The International Space Station is now over two decades old. And while the primary construction of the orbiting laboratory ended just over a decade ago, before the withdrawal of the Space Shuttle from NASA, the station continued to evolve with smaller modules and a ever-changing range of visiting spaceships.

During this time, the station began to show its age, being exposed to the extremely hot and cold temperatures of space, a vacuum environment, and micrometeoroid debris. For more than 20 years, these harsh conditions have worn down the station, causing stress fractures and other damage.

After the Space Shuttle retired in 2011, NASA lost the ability to fly humans around the station to catalog these changes with highly detailed photographs. But thanks to the emergence of SpaceX’s Crew Dragon vehicle, astronauts began circling the station again after undocking and before returning home.

Most recently, the Crew 2 mission led by NASA astronaut Shane Kimbrough detached from the space station on November 8 and the crew were able to capture multiple views of the space station. NASA’s Johnson Space Center recently posted the photos to its Flickr page.

Spending a few minutes looking at these images, one can’t help but remember how the International Space Station is a technical and diplomatic achievement – a huge and complex machine, living and breathing in low Earth orbit. We are unlikely to see a spacecraft in orbit as large or as capable in our lifetime.

In many ways, the International Space Station offers a hopeful vision of what our future in space might hold for us. It brought the United States and Russia together in space, along with a host of other European nations alongside Japan and Canada. Many of these countries went to war in the 20th century. But over the course of this century they have worked together and contributed money and materials to building something greater than any nation could have done on its own.

With its pioneering experiments in human health and microgravity, the space station also provides a model for understanding how humans can live, work, and thrive in space for months, if not years. Hundreds of people have now lived on the station, providing biological information that will inform future exploration and spacecraft missions.

The space station therefore offers humanity a path to cooperation and the sustainability of space flights.

Recently, at the request of NASA Administrator Bill Nelson, Biden’s White House agreed to extend the space station until 2030. The United States has yet to reach agreements with its international partners for the station to continue. to fly during this decade, and there could be heavy lifting to bring in Russia. But the space station, as these photos show, is definitely worth flying while it is capable of it.