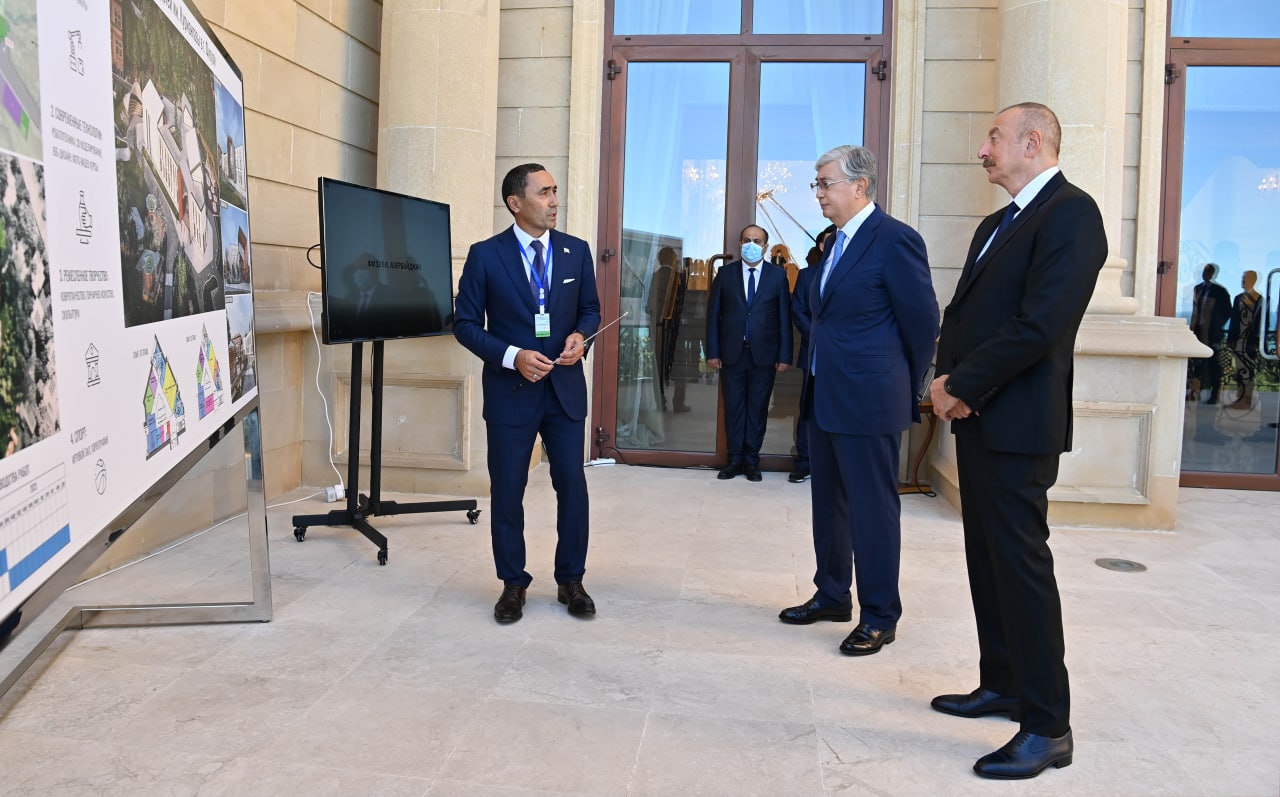 NUR-SULTAN – Kazakhstan will start construction of the Center for Creative Development of Children named after Kurmangazy next month in the city of Fizuli in Azerbaijan, President Kassym-Jomart Tokayev said during his official visit to Azerbaijan. reported Akorda’s press service.

Kazakh President Kassym-Jomart Tokayev presented the plan for the construction of the Kurmangazy Center for the Creative Development of Children in Fuzuli. Photo credit: Akorda.

Tokayev noted that the center, reflecting the friendship, brotherhood and mutual support of the two countries, will be a gift from the Kazakh people to Azerbaijan.

Azerbaijani President Ilham Aliyev, in turn, expressed his gratitude and confidence to President Tokayev that this center, named after Kurmangazy Sagyrbaev, a Kazakh composer and instrumentalist who helped shape Kazakh musical culture, will become a platform world-class creative form for the children of the city of Fuzuli.

The two-storey building, with an area of ​​3,100 square meters, will accommodate 600 students. Robotics, 3D modeling, web design, photography, video filming, singing and music will be at the heart of the center’s educational program. It will also include craft classes such as carpet weaving and ceramics, as well as sports and choreography classes.

Construction should be completed next December.