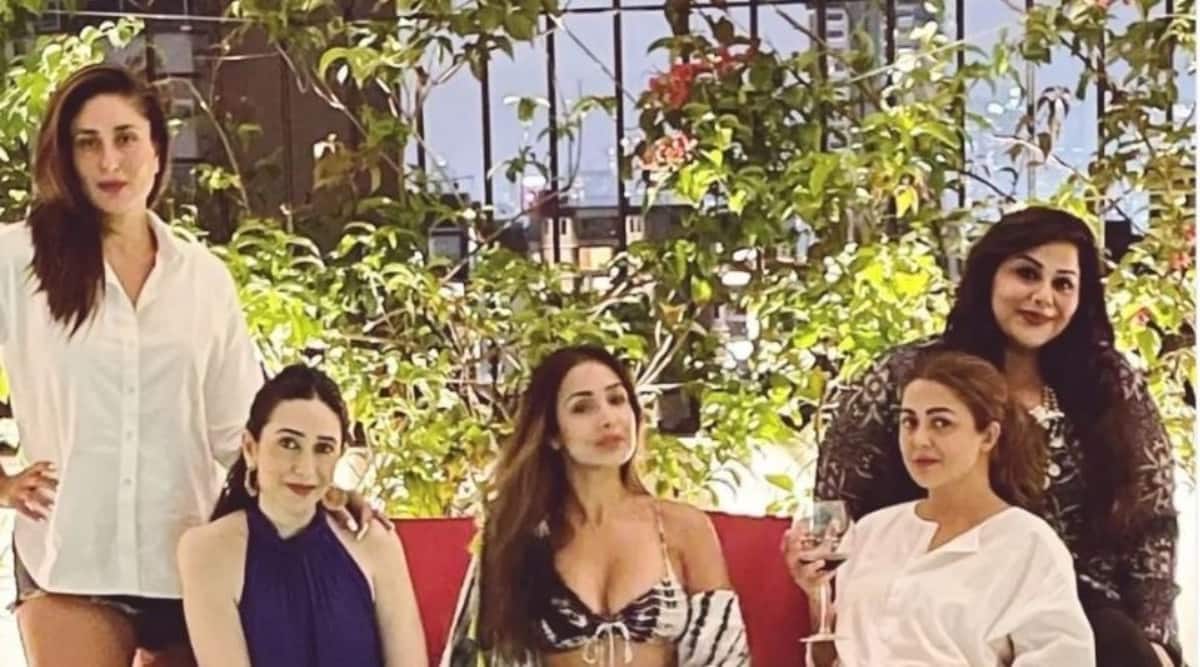 Actress Kareena Kapoor has posted a new photo with her team, which includes her sister Karisma Kapoor, Malaika Arora, Amrita Arora and makeup artist Mallika Bhat. The gang seems to have spent a happy weekend on Kareena’s terrace.

Kareena captioned her photo, “My Girls Forever.” While Bebo was dressed in a shirt and shorts, Karisma wore a blue top with black pants, Malaika wore a chic poolside outfit, Amrita appeared to have worn a white kurta, and Mallika wore a printed top.

Kareena and Saif with their two sons, Taimur and Jeh, have just returned from the Maldives, where they had marked Saif’s 51st birthday. Kareena had posted regular updates of the popular vacation destination, including a family photo, as well as her perfect tan.

Just a few weeks ago, Kareena announced the name Jeh, short for Jehangir. The couple would rather not show their faces on Instagram as they are still reeling from the frenzy surrounding Taimur.

On the work side, Kareena recently launched her book, Kareena Kapoor Khan’s Pregnancy Bible. In her book, she spoke about her experiences during pregnancy and what she learned from her motherhood experience with Taimur and Jeh. The introduction to the book, written by Kareena, has been released and is about the actor trying to balance everything – his professional commitments, his motherhood. She also expressed her gratitude for all the help she receives from her own mother, Babita, and domestic staff.