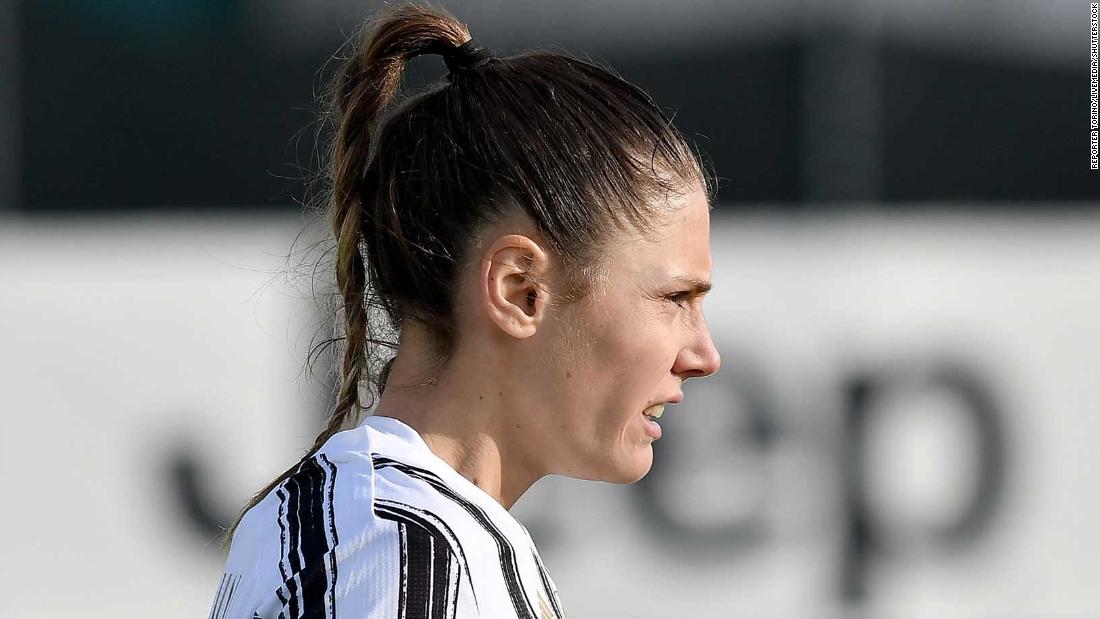 The Italian football club sparked outrage on Thursday after tweeting a photo showing defender Cecilia Salvai using her fingers to remove her eyes while wearing a red training cone on her head.

The message also included emojis that mimicked the eye-catching gesture.

The photo was quickly removed, but not before it sparked a fierce backlash and accusations of “blatant racism” from the online community.

“We sincerely apologize that our tweet, which was not meant to spark controversy or have racial overtones, may have offended anyone,” the club said in a statement posted to its official Twitter account shortly after. deleting the message.

“Juventus have always been against racism and discrimination,” he added, with a hashtag “DifferencesMakeTheDifference”.

When CNN asked Juventus what social media protocols they had in place, the club declined to respond, highlighting their apologies online, where they promised a “full review to prevent similar things from happening again.”

“Juventus immediately realized that the club had made an unforgivable mistake, and this mistake has seriously hurt the feelings of all those who oppose racial discrimination,” the club said in a statement on Friday. its website.

CNN asked Salvai for comment via the club, while Juventus said in their statement on their website that they “take full responsibility for the occurrence of the incident and its serious impact.”

The controversy comes months after Juventus celebrated the International Day Against Racial Discrimination on March 21.

Players wore special jerseys with numbers associated with racism-related statistics, such as that one in three blacks is racially harassed in Europe.

In Friday’s statement, Juventus said that “opposing racial discrimination and supporting the common development of several cultures are the principles which Juventus as a club have always adhered to and continue to put into practice.”

Chapel Hart is preparing a new album for August 28