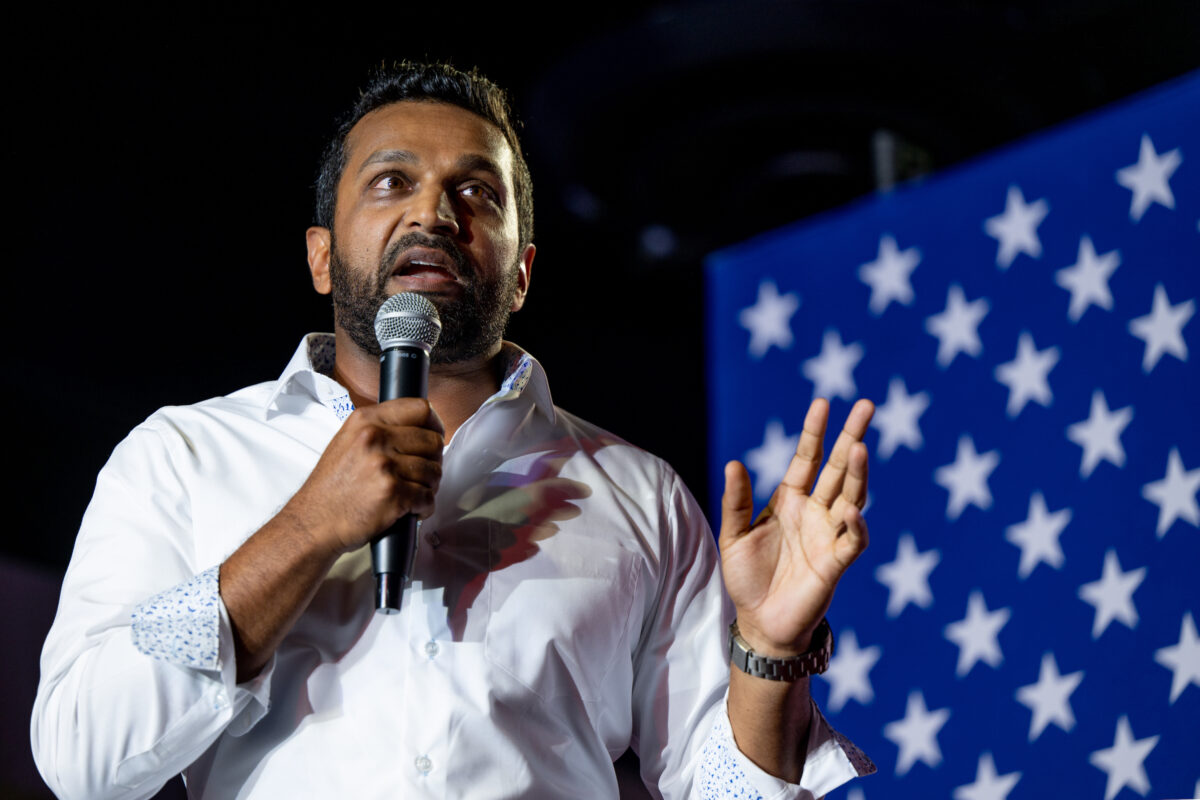 The image, captured Aug. 8 during the FBI’s Mar-a-Lago raid, showed six documents labeled as “top secret” and several marked as “secret” spread across the carpet in Trump’s home.

“Some of the documents had stained cover pages indicating their classification status,” attorneys for the Department of Justice (DOJ) said in a brief filed Aug. 30, in which they urged not to grant Trump’s motion. for a special master; a neutral outsider who would examine documents seized from Mar-a-Lago and sift through potentially privileged documents. The attorneys said even FBI counterintelligence staff and DOJ attorneys reviewing the documents had to seek additional clearances to review some of the documents.

But Patel, a former Defense Department chief of staff in the Trump administration who worked on the National Security Council, said just seeing the covers mattered little.

“The FBI and the DOJ have arranged a photo op with covers indicating whether the material is classified or not. And the cover page — just to be clear — government agencies use them all the time,” he said during a weekly appearance on EpochTV’s Kash’s Corner on Aug. 31.

“The covers themselves are not classified, even when the cover says top secret,” he added. “It’s a cover sheet. It’s supposed to be above the documents that are classified, and what the president has publicly argued is that those documents at Mar a Lago have already been declassified by him as president.

Trump has repeatedly said he has declassified the documents he keeps, which federal authorities dispute.

Patel also suggested that the officers “violated the basic rules of executing a search warrant.” Back when he was a federal prosecutor on national security cases, they treated documents differently when searching a location, he said.

For him, it’s like walking into a murder scene and “finding the gun in the trash and one of the murder suspects on the floor”, then putting the gun in the man’s hand and “taking a photo with him pointing at the person who died.

In the same court filing, the Justice Department argued that Trump lacked the legal status to request a special master because the records do not belong to him but to the United States under the Presidential Records Act.

They also said the court lacked jurisdiction to hear Trump’s claims; and even if it was, the appointment of a special master was not necessary, in part because the government screening team reviewed all documents and separated anything that might be subject to attorney-client privilege. the lawyer.

“They’re basically telling the judge that we’ve already done the job,” Patel said, adding that the government’s opposition to appointing a special master gives him pause.

“What’s the DOJ’s and FBI’s problem with a special master examining it?” What do they have to lose?” he said. “They’re afraid the special master will come along and say, ‘You’ve got it wrong.'”

A court hearing for Trump’s special request is scheduled for Thursday in West Palm Beach, Florida. The FBI referred the Epoch Times requests to the DOJ, which did not respond to requests for comment before press time.

Eva Fu is a New York-based writer for The Epoch Times who focuses on US-China relations, religious freedom, and human rights. Contact Eva at [email protected]

Jan Jekielek is an editor for the Epoch Times and host of “American Thought Leaders.” Jan’s career has spanned academia, the media and international human rights work. In 2009, he joined The Epoch Times full-time and held various positions, including editor-in-chief of the website. He is the producer of the award-winning Holocaust documentary film “Finding Manny”.