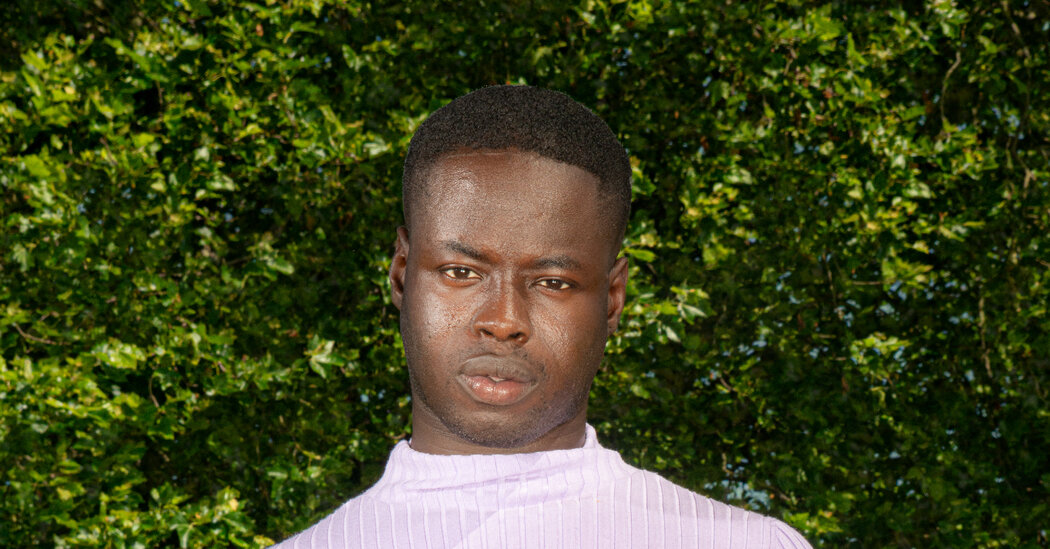 How Ibrahim Kamara found his place in fashion

Mr. Kamara’s work tends to flirt at the intersection of raw realism, pop culture tropes, and the alternate realities he creates. Among his early covers for Dazed, one featured adapted Nigerian activists holding their national flag; another showed a young black man in a Gucci tracksuit and high top shoes being injected under the slogan “Freedom comes but where are we going?” Inside, an astronaut, a slumped skater, a Rastafarian, an airline pilot and a businesswoman walked in slow motion in line, heading towards a visor-wearing vaccinator.

“Thank goodness Ib was not born in Britain,” said Lynette Nylander, executive editorial director of Dazed. Ms Nylander, former Associate Editor-in-Chief at iD and Teen Vogue, was hired alongside Mr. Kamara, who is dyslexic and for whom English is not his mother tongue. The two had bonded by common Sierra Leonean roots when they met in 2016.

â€œThere aren’t many of us in fashion,â€ Ms. Nylander said. â€œBut Ib has always been a bit of an outsider, taking a maverick perspective of the world at large and then bringing him inside the fashion establishment. He has such an innate sense of the future and uses so many colors that his ideas then become almost impossible to ignore.

Both editors spoke about the challenges of filming content during a pandemic, often using a young team scattered across multiple time zones. For Mr. Kamara, whose business ventures for luxury brands often have budgets many times the size of his magazine projects, the challenge of â€œlearning to be creative with nothingâ€ has sometimes reminded him of his college days.

Her September issue, released last week, is far from amateurish, with three covers featuring Rihanna, one of the world’s most famous women. In one, she strikes an Amazonian pose in a golden snakeskin bodysuit; in another, she wears a jungle green Louis Vuitton cap over an afro wig of Marge Simpson proportions. The third cover shows her standing with a cane in a Burberry string bikini, trenchcoat and over the knee boots. In a playful nod to one of her most famous songs, she’s under an umbrella. The slogan ? “The reign never ends.”

Mr. Kamara, who previously worked on an ad campaign for Fenty, Rihanna’s clothing and cosmetics brand, styled the singer from a distance (and notably in the looks of key clients). In an interior photo, she wears a custom cotton and canvas hooded dress shaped like a marijuana blunt by Jamaican designer Jawara Alleyne.