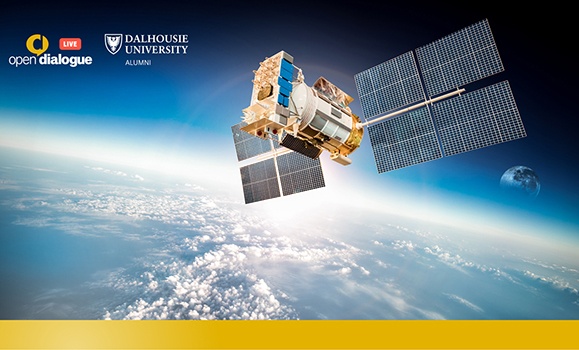 Satellites that weigh less than a sack of potatoes. Low cost reusable rockets. A new generation of on-board computers in space. The planned return of humans to the moon.

Put it all together and you have a new space race — one in which Canadian researchers and companies are poised to play an important role.

“You can go online now and buy components to build your own CubeSat (miniature satellite),” says engineer Tony Pellerin of the Canadian Space Agency’s Space Science and Technology Branch. “You drag and drop them into a shopping cart, pay with your credit card, and they ship it to your house. So you can build your own spaceship. Accessibility is there, which it was not 10 years ago.

Pellerin and his fellow engineer Arad Gharagozli (MASc’22) will be panelists at the next Dalhousie Open Dialogue Live event, The space race of the 21st century. The panel takes place online and in person as part of Graduate days May 26 at 6:30 p.m. The event is open to all members of the Dal community as well as the general public.

There are currently some 5,000 satellites in orbit, but according to UCS Satellite Database this number could reach 100,000 by the end of the decade. The explosion of the satellite, says Astronomy.comis driven by a constellation of factors, including smaller spacecraft that can be launched inexpensively into low orbits.

Dalhousie will launch the CubeSat satellite later this year

CubeSats are the smallest of these satellites, weighing around 3 to 5 kg, says Pellerin. (Compare that to the once standard 500kg satellites.) He is currently working with universities across the country, including Dalhousie, on 15 CubeSat projects launching later this year. They are designed for a range of applications, including monitoring potato growth in Prince Edward Island and using lasers to calibrate ground-based telescopes. The Dalhousie team’s contribution is LORIS — a satellite that will extract more information from images by overlaying infrared and visible data. 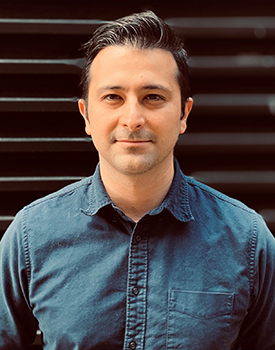 LORIS comes from the Dalhousie Space Systems Lab, founded in 2017 by space entrepreneur Gharagozli who founded the Halifax-based firm GALAXIA. “Aerospace is a very conservative industry in its nature,” he says, “but you can see a new trend of companies emerging, and all they want to do is take risks.”

GALAXIA, says Gharagozli, “builds satellites that can process information in space and are also able to ask other people to create applications for use in space.” Advances in technology and lower cost missions have made the small on-board computers that GALAXIA builds feasible.

In the past, says Gharagozli, “If you were building a computer for a satellite, it would have been for a $2 billion mission, for example. Now you’re looking at a mission that would cost between $200,000 and $400,000, which is really a game-changer.”

Pellerin agrees, saying advances in science and technology have “opened the door to many newcomers.” Combine that with the excitement generated by the Artemis programwhich will see the return of humans to the moon, and the planned Lunar Gateway orbital station, and you have a lot of “excitement in the [space] community.”

Register to attend: The space race of the 21st century

The conference will take place on May 26 in the McInnes Room of the Dalhousie Student Union Building, 6136 University Ave. The live stream will be available via Dalhousie Alumni and Friends Facebook Live and Dalhousie YouTube.