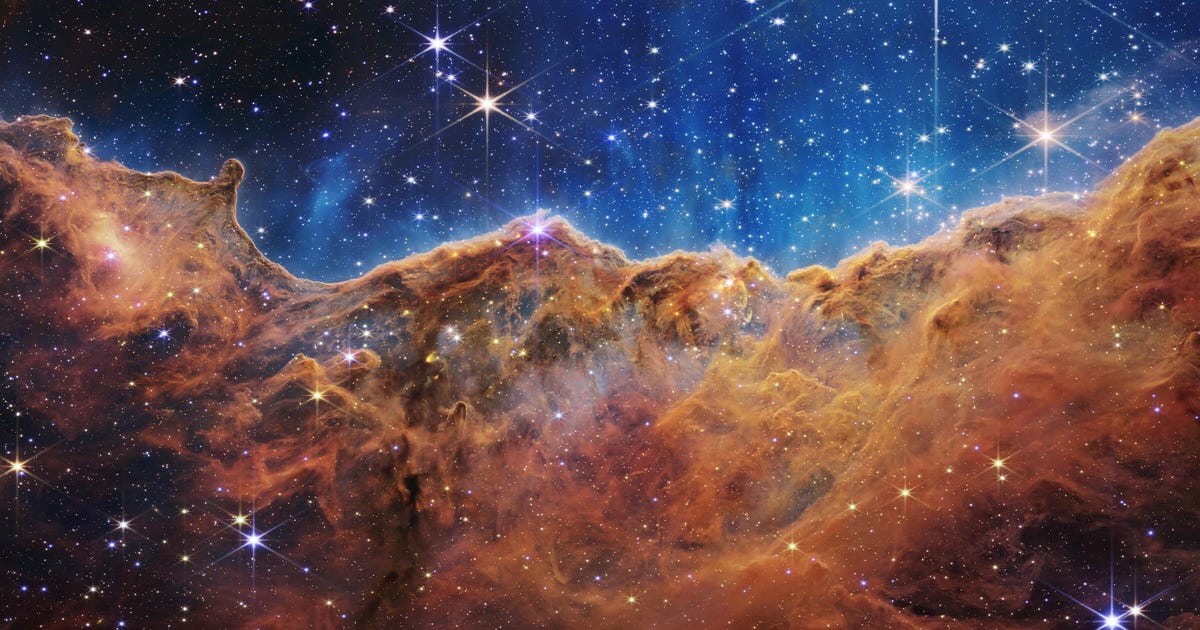 There’s been a lot of fanfare surrounding the first images and data released by NASA’s Next Generation James Webb Space Telescope. On Wednesday, the agency gave space fans a new way to discover Webb’s observations with a series of soundscapes.

Tracks – including image translations of the Carina Nebula and the South Ring Nebula – use sonification to turn images and data into audio experiences. “Music taps into our emotional centers,” said musician Matt Russo, a University of Toronto physics professor who worked on the project. “Our goal is to make Webb’s images and data understandable through sound, helping listeners create their own mental images.”

The “cosmic cliffs” of the Carina Nebula, a magnificent celestial object filled with stars, gas and dust, become a sparkling symphonic sound palace. Gas and dust have drone sounds. The lower orange and red part of the image is melodic. Points of bright light have a higher tone.

The South Ring Nebula takes on an eerie sound, like experimental electronic music made in a tunnel with string players tuning in. This sonification comes in two parts to represent the various infrared observations Webb made of the nebula. The bright stars make distinct noises, like plucked piano strings.

It’s not just images that the team of scientists and musicians turned into audio. Webb’s data on the atmosphere of the gas giant exoplanet WASP-96 b became a sci-fi soundscape filled with descending tones and a dripping water-like effect. These droplets represent water signatures in the atmosphere.

The sonifications bring a new dimension to Webb’s discoveries and make telescope work more accessible to blind and visually impaired space enthusiasts. “When I first heard sonification, it hit me in a visceral, emotional way that I imagine sighted people feel when looking at the night sky,” said Christine Malec, a member of the blind and visually impaired community that worked on the Webb sound project.

Webb audio experiences are both otherworldly and familiar. They show that there are broader ways to explore the cosmos beyond what we can see with our eyes.