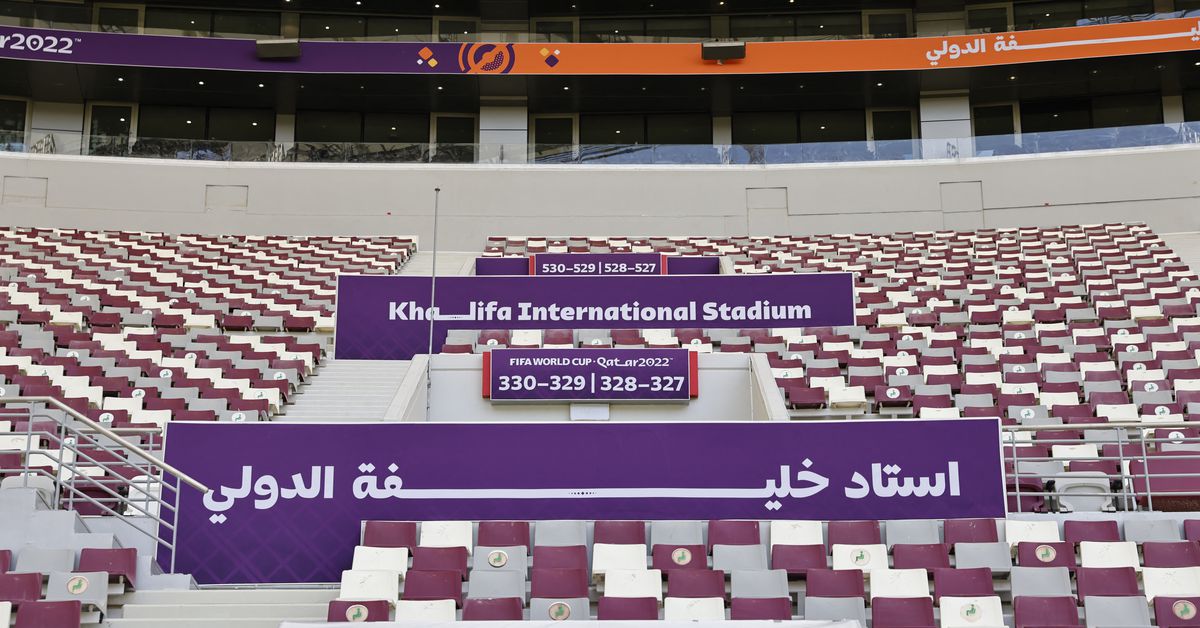 Oct 14 (Reuters) – The French Football Federation (FFF) said on Friday it would send a delegation to Qatar to carry out checks on the working conditions of migrant workers after a documentary revealed the poor living conditions on the team’s World Cup base in Doha.

The France Télévisions documentary was filmed before the summer, the national channel said, as part of a joint investigation with Radio France into the controversy surrounding the awarding of the World Cup to the Gulf state.

Footage showed overcrowded rooms and unsanitary kitchens and bathrooms in the accommodations of employees of a private security company contracted by the hotel where the France team will stay from November 20 to December 20. 18 tournament.

Some employees interviewed said they were not paid overtime and almost never had a day off.

When the documentary confronted FFF president Noel Le Graet with footage of the accommodation, he replied that the living quarters only needed “a lick of paint”.

“It’s not unsolvable, there’s still time to fix it,” he said. “I could show you lots of photos like that in lots of countries, even in some not far from (France).”

French Sports Minister Amélie Oudéa-Castera told RTL on Friday that she was shocked by Le Graët’s reaction and that it “lacks humanity and even coherence”.

The documentary revealed that the FFF had terminated the contract with the security agency due to an “unacceptable number of irregularities” and launched an investigation, which the delegation will carry out on site in mid-October.

Qatar, where migrant workers and foreigners make up the majority of the 2.8million population, has come under scrutiny from human rights groups for its treatment of workers migrants as the tournament approaches.

A member of the World Cup organizing committee said Thursday that Qatar recognizes shortcomings in its labor system, but the tournament has allowed the country to make progress on issues related to workers’ rights.

The Qatari government previously denied a 2021 Amnesty report that said thousands of migrant workers were still being exploited.

Reporting by Hritika Sharma in Bengaluru Editing by Christian Radnedge

Scientists use a surfactant to help make “inert