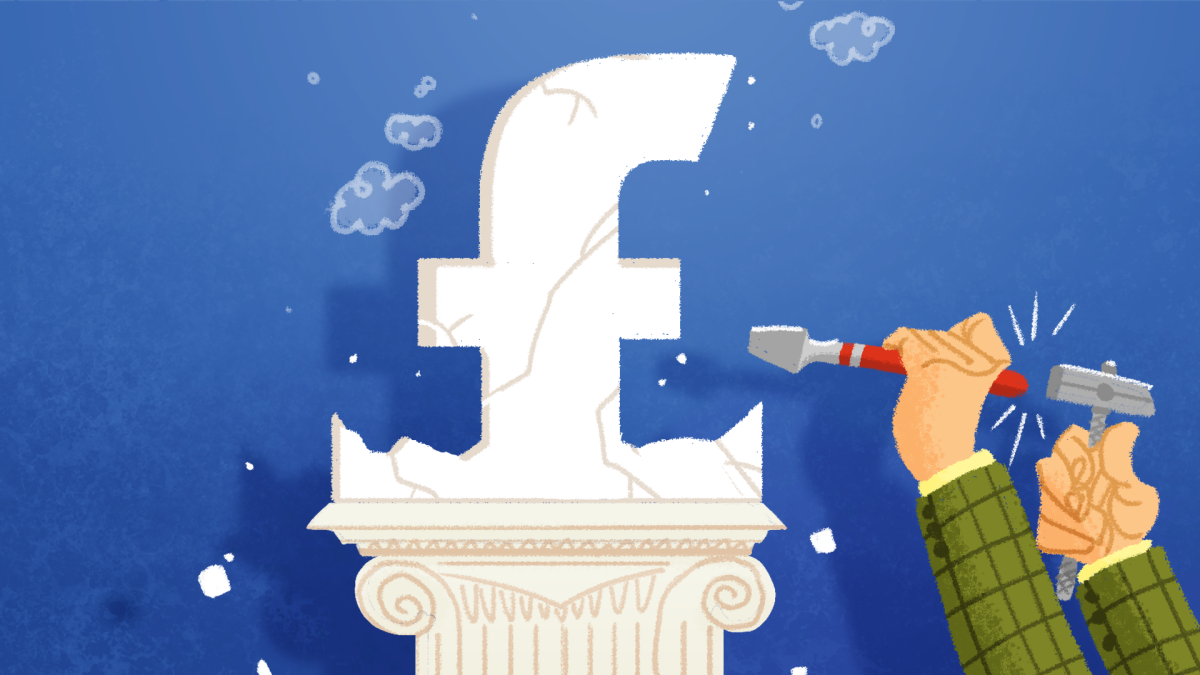 On Sunday, I woke up to a major overhaul of Facebook.

Almost all navigation elements, menus and settings have been moved to the left on the desktop version of the platform, with hardly any navigation at the top of the page. I can’t remember if I opted in to this, but I can’t find a way to roll it back, so here’s what the Facebook experience looks like to me right now.

Facebook offered an explanation of what’s new with a brief wizard. “We’ve moved all of your navigation options into one place,” he said. “This change combines everything you need on Facebook – your profile, search, notifications, messages, etc.”

The digital assistant underlined the 3×3 grid button offering access to a massive “full menu” that seems to contain every Facebook option under the sun. Below that are shortcuts (in my case, a single shortcut to Facebook’s Watch video offering), and even further down are shortcuts to some of my groups. 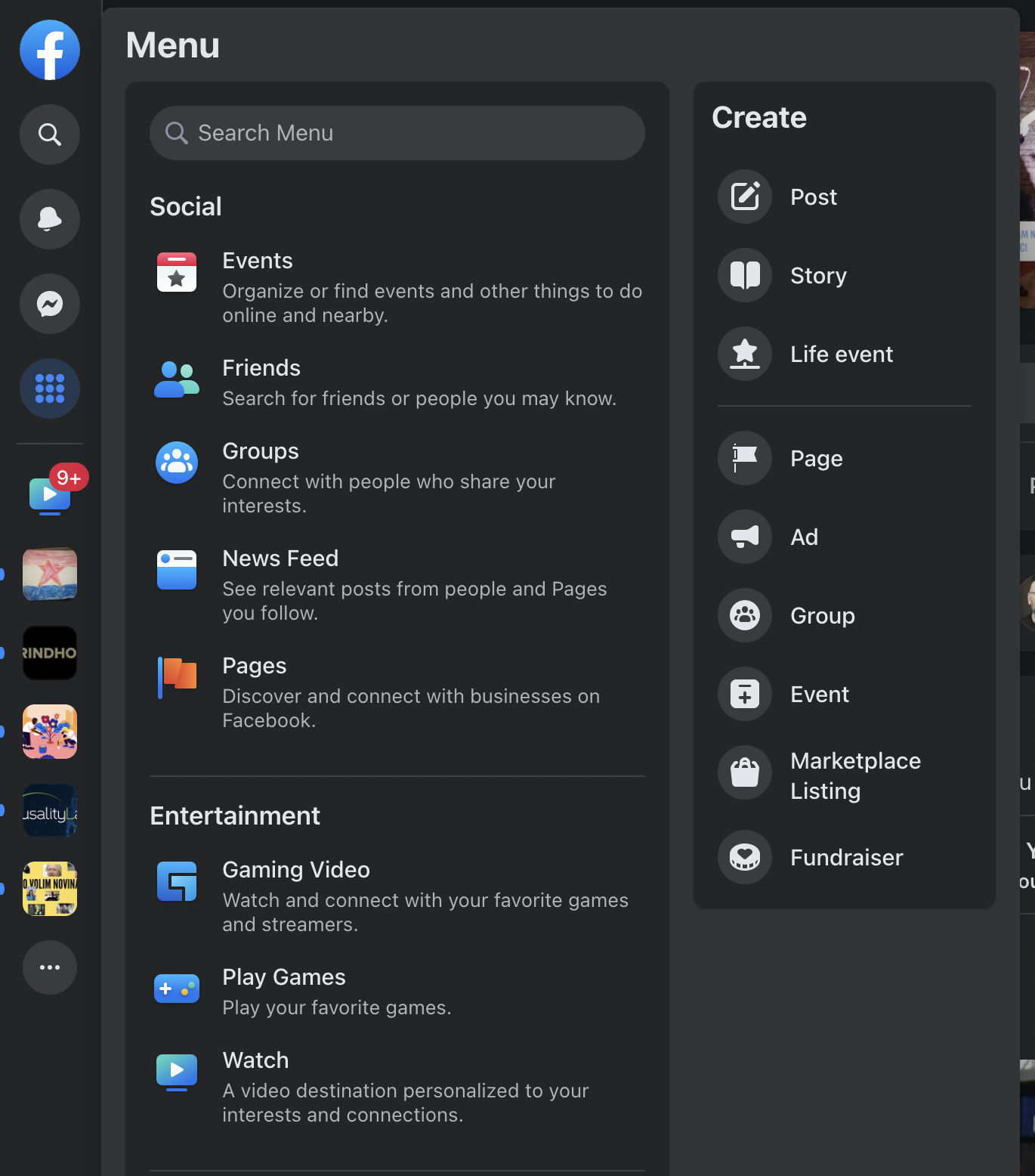 The full menu. Good luck finding something fast in there.
Credit: Stan Schroeder/Mashable

It’s been almost exactly two years since Facebook launched its last major overhaul, which included a big change to the site’s navigation, a cleaner look (with almost none of the company’s favorite blue colors), as well as dark mode in option. It was a major change, and it took some getting used to, but it was a much-needed overhaul of the cluttered old Facebook.

This new change is disorienting. I use Facebook a lot, and not having that home button (it’s replaced by the Facebook logo button in the top left) has short-circuited my brain whenever I needed it. It’s also hard to get used to having absolutely nothing in the top right, where some of the most important features and options used to be (including Notifications and Messenger).

Every major overhaul like this requires some tweaking, and everyone will perceive the changes in their own way. However, some elements of this design just don’t seem well thought out. I’m no UI/UX expert, but having two columns of menu buttons on the left, right next to each other, looks like a clunky, cluttered solution, with so many colorful icons overlapping each other. fight for your attention.

Also, for some reason, a major navigation button – the one to compose a new message – is left completely alone in the lower right corner. Note: The Message button is composing a new Messenger message, but it seems unfinished at this point, with no suggestions as to who I might send something to. 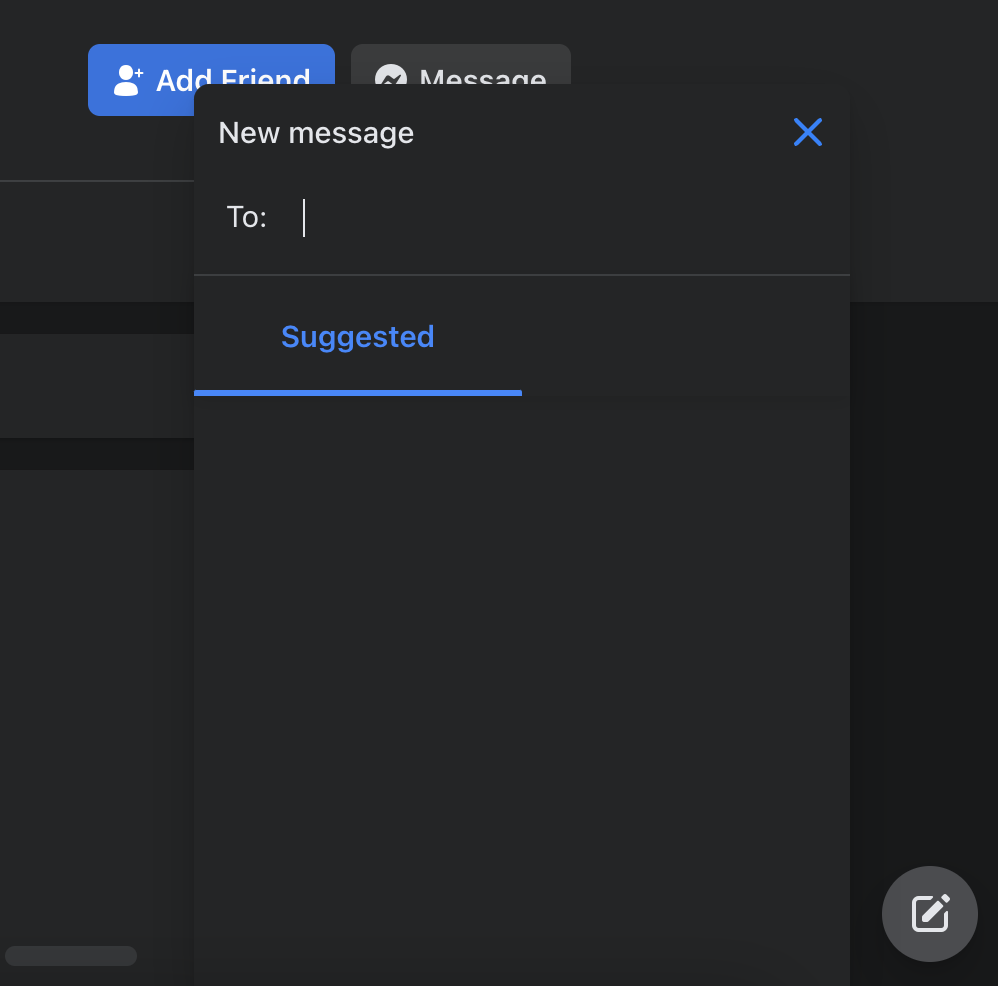 Having most navigation and options on the left is commonly seen in web design; Both Twitter and Gmail have a similar look. Facebook, however, has a huge amount of options, features, buttons, and shortcuts, and placing them all on the left might not be the ideal solution.

It’s also worth noting that the new design isn’t even consistent with the design of Facebook’s mobile apps, which have a navigation bar at the bottom, with most features and options available under the “Menu” button at the bottom. law.

I couldn’t find any information about this new redesign on the web, and none of my colleagues or friends have seen it, so I think this is a test for a small subset of facebook users. I asked Facebook about this and will update this post when I have an answer. For now, can I get my old Facebook back, please?