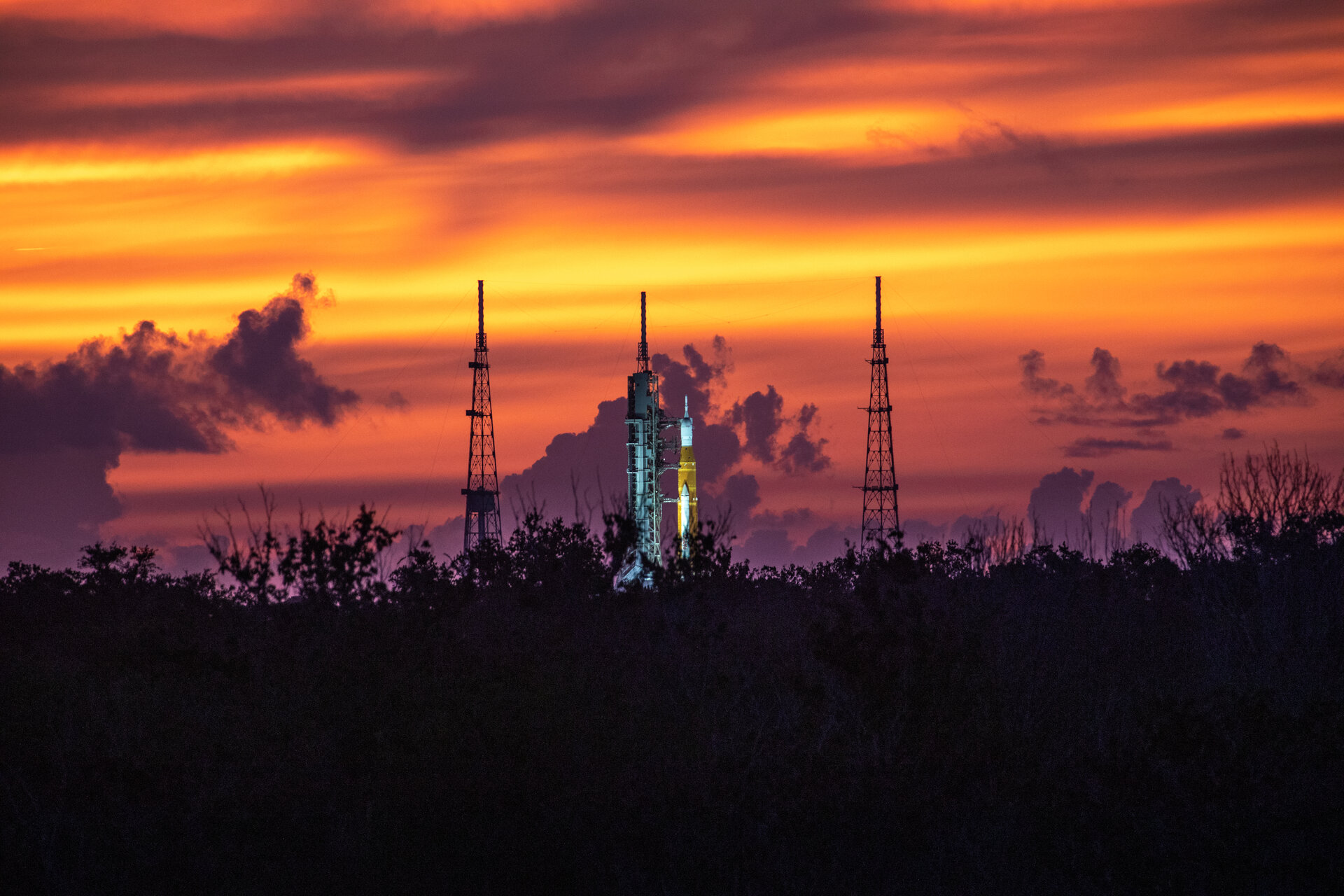 The Orion spacecraft with integrated European Service Module sits atop the Space Launch System, photographed at sunrise on historic Launchpad 39B at Kennedy Space Center in Florida, USA.

The Flight Readiness Review judged the GO trio for launch, marking the dawn of a new era in space exploration.

The first of a series of missions that will bring humans back to the Moon, including the European premiere, Artemis I is set to launch no earlier than Monday, August 29, at 2:33 p.m. CEST.

This mission will test NASA’s Orion spacecraft and ESA’s European Service Module on a journey beyond the Moon and back. No crew will be aboard Orion this time, and the spacecraft will be controlled by teams on Earth.

The crew module, however, will not be empty. Two mannequins, named Helga and Zohar, will occupy the passenger seats. Their female-shaped plastic bodies are filled with more than 5,600 sensors each to measure the radiation load during their journey around the Moon. Specially trained woolly astronaut Shaun the Sheep was also assigned a seat.

The spacecraft will enter lunar orbit using the Moon’s gravity to gain speed and propel itself nearly half a million miles from Earth – farther than any human-rated spacecraft n never travelled.

The second Artemis mission will see four astronauts travel around the Moon on a flyby trip around our natural satellite.

The duration of the mission depends on the launch date and even the time. It will last between 20 and 40 days, depending on the number of orbits of the lunar mission decided by the designers.

This flexibility in mission duration is necessary to allow the mission to end as planned with a daytime splashdown in the Pacific Ocean off California, USA.

Two other dates are available if an August 29 launch is not possible. The Artemis Moon mission can also be launched on September 2 and 5. Check all possible launch options on ESAs Orion’s Blog.

Orion is the only spacecraft capable of human spaceflight out of Earth orbit and high-speed reentry from the vicinity of the Moon. More than just a crew module, Orion includes the European Service Module (ESM), the powerhouse that powers and propels Orion.

The ESM provides all the basic needs of astronauts, such as water, oxygen, nitrogen, temperature control, power and propulsion. Much like a train engine pulls passenger cars and provides power, the European Service Module will drive the Orion capsule to its destination and back.