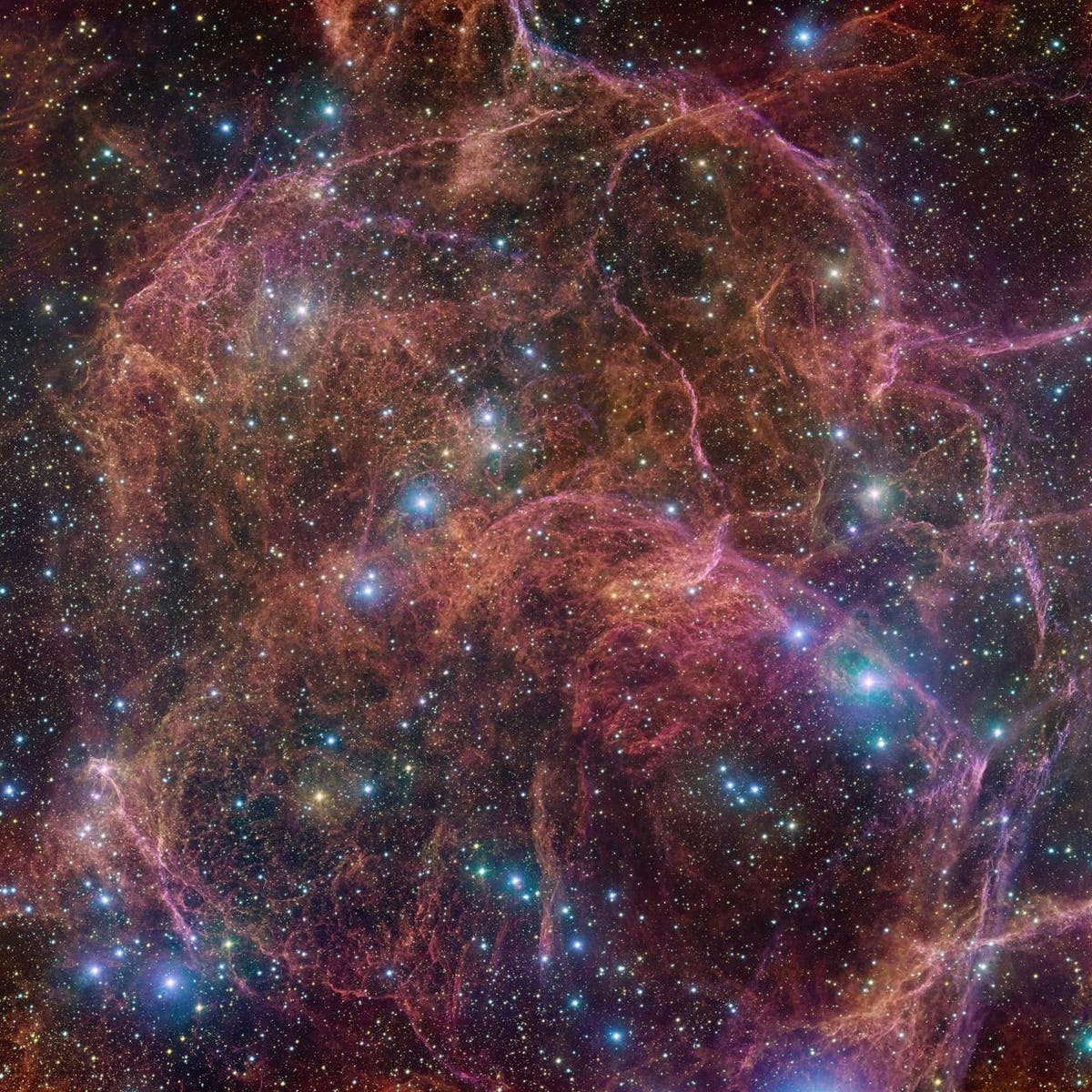 A new mega-image showing the remnants of one of the closest supernova explosions to Earth has been made available for download.

Showing incredible detail and color in the remnant of supernova Vela – the remnants of a star that violently exploded 11,000 years ago – the image consists of 554 million pixels.

It comes from the VLT Survey Telescope in Chile.

It is managed by the European Southern Observatory (ESO), which made it possible to download a huge 1.1 GB version of the image alongside many smaller versions. There is also a great online zoomable version to discover without downloading.

At 800 light-years away, the supernova remnant Vela is one of the closest to the solar system. It is in the southern constellation of Vela “the sails”.

The image is about the same size in the night sky as nine full moons.

When stars about eight times the mass of our Sun run out of fuel, they collapse and erupt in supernova explosions, eventually becoming either a neutron star or a black hole. The explosions send shock waves through the surrounding gas, compressing it and creating an intricate web of hot, glowing gas tendrils.

To take this image, the telescope’s 268 million pixel camera took images through separate magenta, blue, green and red filters that let in light of different colors.

The 2.6 meter mirror of the VLET Survey Telescope makes it one of the largest telescopes dedicated to observing the night sky in visible light.

I wish you clear skies and big eyes.

Seoul Halloween Disaster: What We Know About Itaewon’s Deadly Crush

How to take your business to the next level