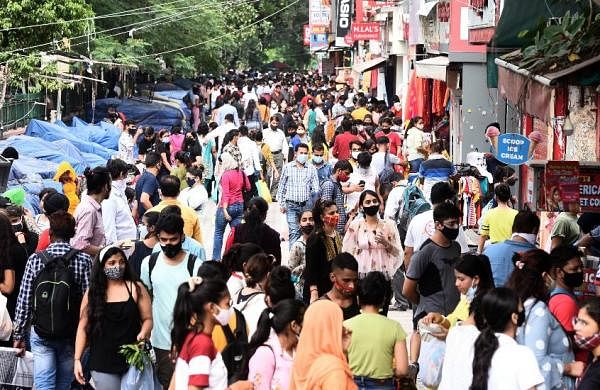 NEW DELHI: Days after the Delhi High Court raised concerns over the violation of COVID-19 protocols in various markets in the city after the lockdown was eased, trade bodies said on Tuesday it was failing them crowd control was not possible and that the responsibility rests with the administration and the executing agencies, the traders’ organizations said on Tuesday that it was impossible for them to control the crowds and that the responsibility lies with the administration and to executing agencies.

On Friday, the court had asked the Center and the Delhi government to take strict action, sensitize traders and hold meetings with markets and vendor associations in this regard. In a meeting organized by the AAP with the Chambers of Commerce and Industry (CTI), traders condemned recent comments by AIIMS Delhi director Randeep Guleria on overcrowding in the markets. “Considering how people crowd markets and malls without following any appropriate behavior for COVID, I think a third wave could strike sooner, maybe in 6-8 weeks,” he said. he declares.

Reacting to Guleria’s statement, CTI Chairman Brijesh Goyal said, “Traders are easy targets, photos of a few markets are posted to attack us and show us in a bad light. gatherings. Such statements create panic within the trading community. “

He said traders can only guarantee compliance with COVID standards inside their stores, stores or offices. “But it is the administration and the police who must ensure that the protocols are followed in the streets and other public spaces,” he said.

Goyal claimed that overcrowding is a problem limited to a few of Delhi’s main 950 markets. As part of the gradual lifting of restrictions, markets were initially allowed to open from June 7 on an odd-even basis. They were allowed to fully open between 10 a.m. and 8 p.m. starting June 12.

Sarojini Nagar Mini-Market Traders Association President Ashok Randhawa also said traders should not deal with crowds outside their stores. “Our only goal is to have customers every day. We make sure that no more than three customers are inside a store at a time and five if it’s a large store. Who will run the store if are we starting to control the crowd outside as well? ” He asked.

Chandni Chowk Chairman Sarv Vyapar Mandal Sanjay Bhargava said in a recent meeting with the DM that he suggested implementing “drastic precautions” until the start of the wedding season, if not the third wave. could strike around September and lead to the imposition of another lockdown. “I suggested that until August 15, the markets can follow the even-odd system,” he said.