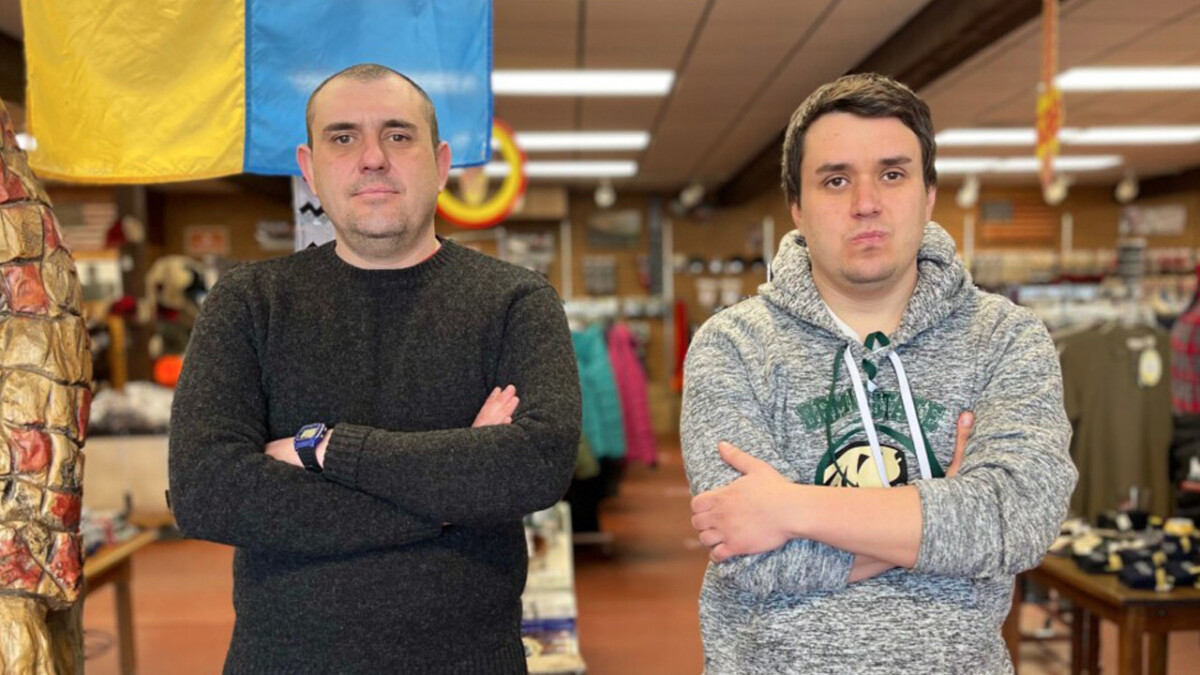 With the recent Russian invasion of Ukraine, two Ukrainian brothers from Bemidji fear for the safety of their family and friends back home.

In search of a better life, mother Natasha and her two brothers, Sergii and Oleksandr Bogdanov, immigrated to Bemidji from Mykolaiv, Ukraine, located about 70 kilometers north of the Black Sea.

All three family members now have permanent residence in Minnesota and currently work at Bemidji Woolen Mills. Oleksandr and Sergii manage the front desk and help run the shop’s website. Oleksandr has degrees in physics and astronomy, has skills in engineering, 3D design, robotics and is currently trying to get into nursing. Sergii has a background in computer programming/technology and web design.

The move to the United States itself was not so easy. Moving to America meant leaving loved ones behind at home.

Now, after Russia began its invasion of Ukraine on February 24, Oleksandr has shared that he fears for the safety of his wife and child, who are currently sheltering in their home in Mykolaiv where Russian troops are taking storming the city. He also added that it is impossible to bring them home with the bombed airports in Ukraine.

Sergii wants all nations to pay attention to what Russian President Vladimir Putin is doing to the Ukrainian people.

If anyone would like to help the Bogdanov family, a voluntary donation can be made in person at Bemidji Woolen Mills. Donations can also be mailed to Bogdanov Family Relief Fund, PO Box 1, Bemidji, MN 56619.