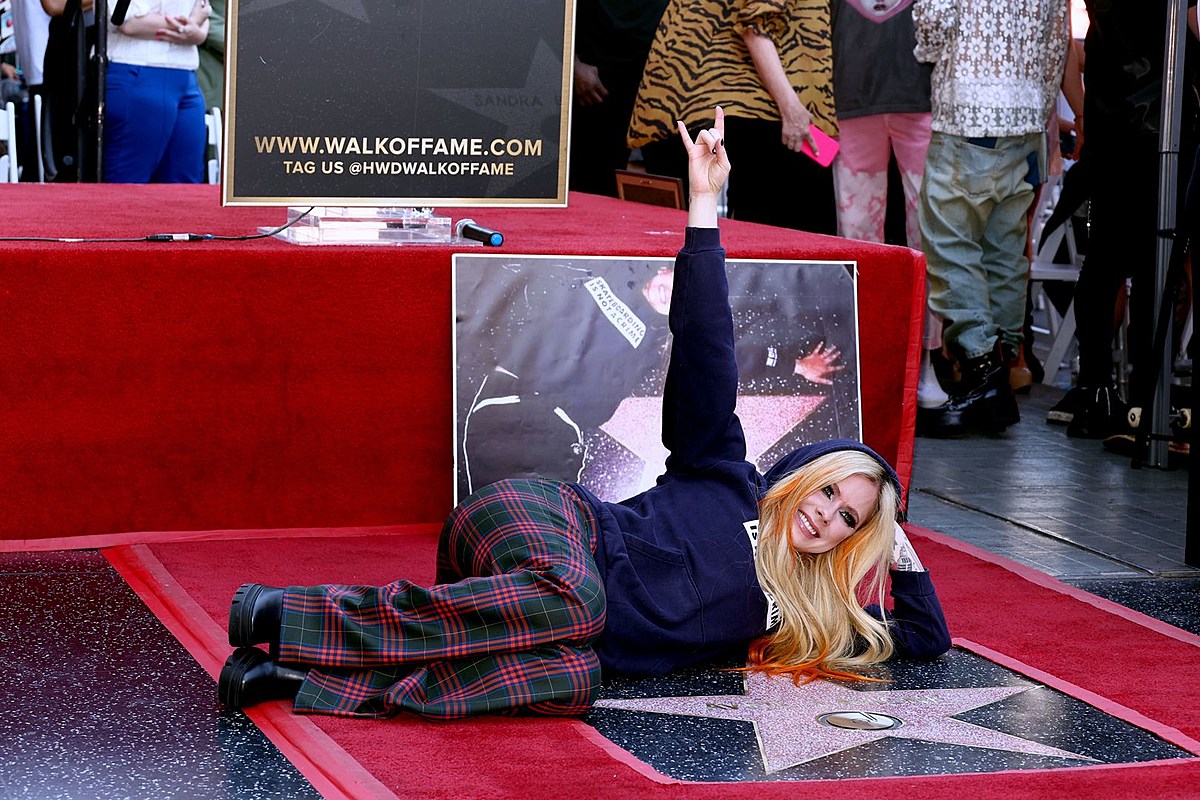 Congratulations to Avril Lavigne, who now has the 2,731st star on the Hollywood Walk of Fame. Lavigne’s career was celebrated with the special star unveiling ceremony in Hollywood on Wednesday, August 31.

Machine Gun Kelly and producer/musician John Feldmann were among those who spoke while honoring the singer and members of her extended musical family and friends also attended, including Jxdn, Joel Madden, Jagwar Twin and her fiancé Mod Sun.

“I remember seeing these legendary names and never could have imagined mine would be here,” the singer said. “This is probably the coolest day of my life.”

“Avril Lavigne, you are the amalgamation of our generation’s childhood,” Machine Gun Kelly said during her talk about Lavigne. “All the times I’ve had my heart broken, your music was in my headphones. You were an inspiration to a generation of kids like me who wore baggy jeans and skated around and didn’t fit the mainstream. MTV’s version of what the girls wanted.

Lavigne burst onto the music scene in 2002 with her let’s go album containing the singles “Complicated” and “Sk8r Boi”. Earlier this year, she released her seventh studio album, Love Suxwhich was produced by Feldmann, Mod Sun and Travis Barker and saw a return to the pop-punk roots of its early records.

After the ceremony, jubilant Lavigne tweeted photos to her fans on Twitter, including one fan in particular, when she said, “Look mom, I have a star on the Hollywood Walk of Fame.” See that tweet as well as a full gallery of photos from the ceremony below.

Congratulations to Avril Lavigne for her honor on the Hollywood Walk of Fame.

See photos of the ceremony.

50 Greatest Pop-Punk Albums of All Time