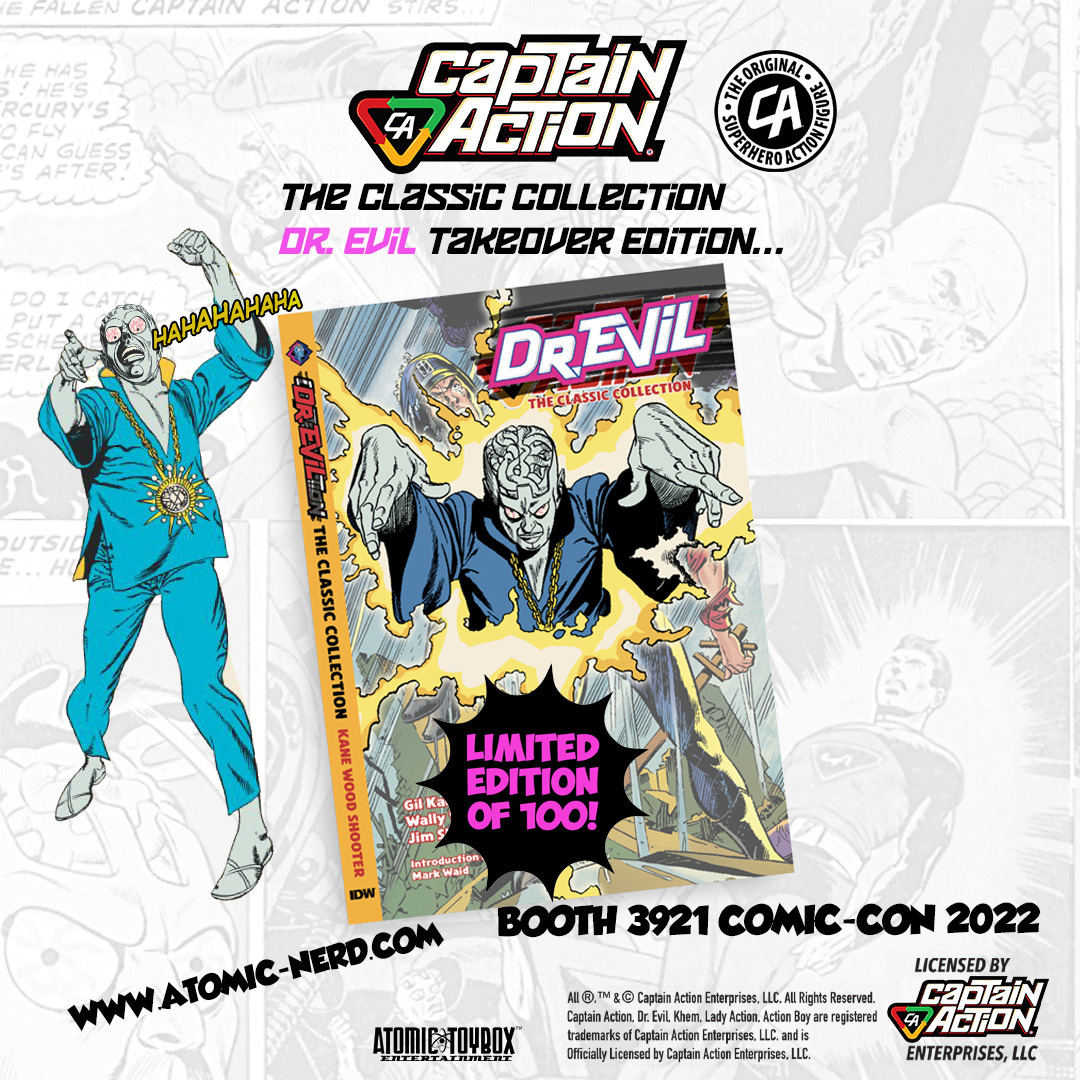 Among the panelists, Mark Waid, author, who tells the story of the comic and its personal story with Captain Action in the front of the book, IDW editor Scott Dunbier and JC Vaughn, vice president, The Overstreet Comic Book Price Guide.

The panel will also include CAE’s Michael Polis, Joe Ahearn and Ed Catto.

The team behind this new volume will be available to autograph the Captain Action Collected Edition at Comic-Con in San Diego.

To celebrate this return to action, Captain Action is producing several collectibles

“Captain Action is an amazing property with a loyal fanbase. I continue to be impressed by the incredible fan enthusiasm for this exciting brand,” said Michael Polis.

AFi’s founder and editor, Daniel “Julius Marx” Pickett, has been around toys his entire life. The first line he ever collected was Mego’s World’s Greatest Superhero line in the 70s. He’s been surrounded by collectibles ever since. In 1999 he was baffled by a lack of information and news about some of his favorite lines of toys he collected. Since he couldn’t find the information, he decided to search for it himself, thinking that other people might also be interested in the same news. He started writing a weekly column on the toy industry and an action figure for a toy news site and within a year he tripled the site’s daily traffic with his updates, reviews and features. of products. He has established relationships with all the major toy manufacturers and many sculptors, painters and mold makers. He has turned his hobby into a global expertise that the industry has embraced. In 2004 he teamed up with his toy buddy Jason “ToyOtter” Geyer and they started their own website www.ActionFigureInsider.com. Daniel has been quoted both in the industry and in the mass media. Over the years, Daniel and AFi have been sought after as experts in the field. Daniel has been featured regularly on “Attack of the Show” on the G4 Network as a top contributor to their “Mint On Card” segment, and our homepage has been linked to USA’s “Pop Candy” blog twice. Today. Daniel’s content has also been featured on Bloomberg News, MSNBC.com, Time.com, The Wall Street Journal, The Saturday Evening Post, CNN.com, AssociatedPress.com Wired.com, Fark.com, Boing-Boing, Gizmodo .com, Ain’t It Cool News, the official Star Wars blog, Geekologie, G4, CNet, and Toy Fare magazine, among many others. He has consulted on toy lines, books, documentaries and TV shows. But it all sounds really pretentious and “tootin’ his own horn” – the long and short of it all is that Daniel loves toys and he LOVES talking about them.

The best photos from around the world